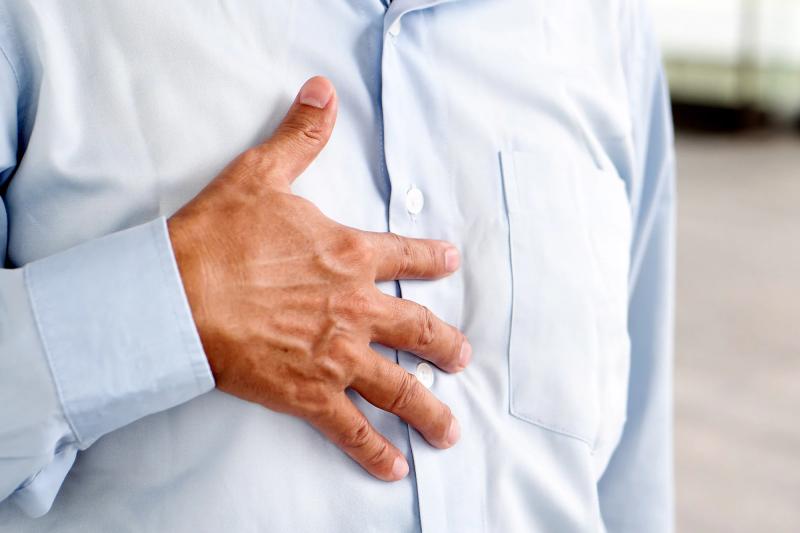 An American study reports that between 2012 and 2019, the incidence of esophageal cancer doubled among 45-64 year olds.

This evolution silence contributes to the high mortality rate associated with esophageal cancer, with only 15 % of patients still alive 5 years after diagnosis.

Although quite rare, the incidence of esophageal cancer has nevertheless increased enormously over the past 40 years and this disease is now considered to be one of the fastest growing cancers1.

A recent study illustrates this sharp increase in incidence: Analysis of electronic medical records of 5 million people living in Florida found that in people between the ages of 45 and 64, the diagnosis of a esophageal cancer has practically doubled in less than ten years (2012-2019), going from 49 to 94 cases per 100,000 people2.

This increase is not related to an increase in screening, as endoscopy rates have not changed during this period, and therefore reflects a real and extremely rapid acceleration in the number of people affected by this disease in recent years. .

The risks of obesity

What can explain such a rapid and significant increase? First of all, it must be said that the cells that line the esophagus seem particularly susceptible to developing cancer: recent studies have shown that these cells spontaneously accumulate a large number of mutations, so much so that at the age of 50, more half of the wall of the esophagus is made up of mutated clones, containing several thousand mutations in pro-cancer genes3.

It is therefore likely that the recent increase in esophageal cancers is due to one or more factors that promote the progression of these mutant cells to more advanced forms of cancer.

One of these factors is certainly the sharp increase in the number of overweight people that has occurred in recent decades.

Obesity is often associated with chronic gastroesophageal reflux which promotes the development of endobrachyesophagus (Barrett's esophagus), a condition that is associated with a very large (30- to 60-fold) increase in the risk of adenocarcinoma of the esophagus. Repeated exposure of cells present at the stomach-oesophageal junction to gastric acidity causes replacement (metaplasia) of normal oesophageal tissue with gut-like mucosa, the latter of which may subsequently develop into adenocarcinoma.  < /p>

These observations show once again how much our lifestyle can influence the development of cancer. Despite its high burden of mutations, esophageal cancer remains a rare disease, which means that our natural anti-cancer defenses normally manage to neutralize its progression. The metabolic and physiological upheavals caused by excess fat weaken these defenses and provide pre-cancerous cells with a more permissive environment, which may promote their development into mature cancer.