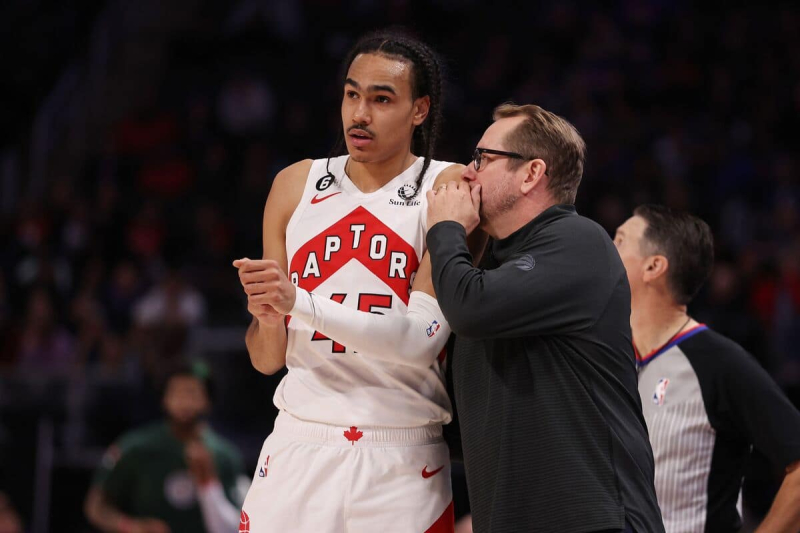 The Toronto Raptors entered the fourth quarter of their game against the Hawks on Saturday in Atlanta with a seven-point lead, but they were unable to preserve that priority and ultimately gave up 124-122 in overtime.

Worse still, the visitors led 109-101 with just over two minutes remaining in regulation time, but the crowd favorites scored 10 of the following 12 points, to force overtime.

Trae Young acted like an executioner against the only Canadian team in the NBA, he who amassed 33 points, in addition to preparing the table for 12 baskets from his teammates. De'Andre Hunter and Clint Capela were a good help to him, the first with 22 points, the second with a double-double of 18 points and 14 rebounds.

For their part, the Raptors were still missing several of their important players, including Pascal Siakam, Gary Trent Jr. and Quebecer Chris Boucher.

So Scottie Barnes and OG Anunoby took over offensively, with 28 and 27 respectively points. Barnes even came close to scoring a triple-double, adding 11 rebounds and nine assists.

Due to the many absentees, Montrealer Khem Birch was on the floor for 3 min 36 s. He collected only one rebound.

The Raptors will return north of the Canada-US border to face the Brooklyn Nets on Wednesday.

Difficult day at work for Mathurin

At Gainbridge Fieldhouse, Quebecer Bennedict Mathurin had a tough day at work, with a thin harvest of 12 points, but the Indiana Pacers l still won 114-113 against the Orlando Magic.

The Lily Leaf representative stalled four of his 12 shot attempts, including two of seven from downtown, as well than his two free throws. He also added four rebounds and an assist.

It was his teammate Tyrese Haliburton who was the most productive, with 22 points and 14 assists. He was helped by Myles Turner's 20 points and 11 rebounds.