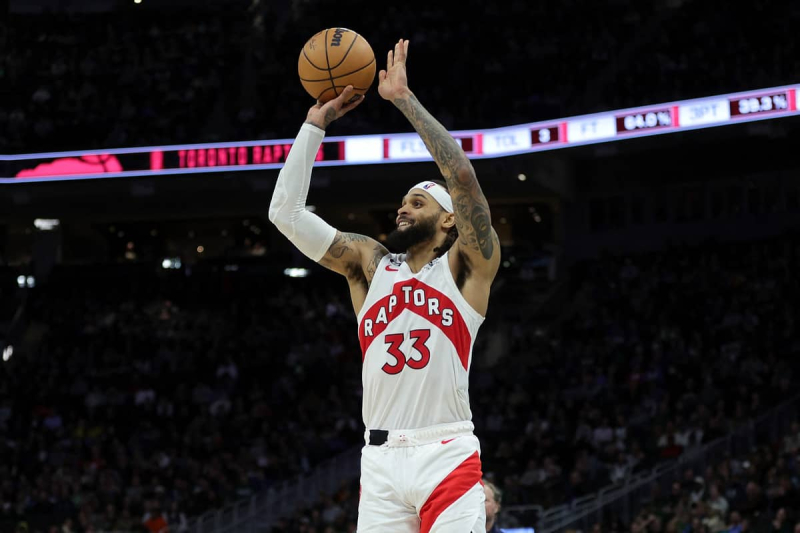 The Toronto Raptors snapped a three-game losing streak by beating the New York Knicks 125-116 on Sunday at Scotiabank Arena.

To do this, the only Canadian club in the NBA was able to count on its leaders. Indeed, Fred VanVleet scored 28 points, while Pascal Siakam and Gary Trent Jr. each amassed 24 points.

VanVleet was also making a comeback after missing the the day before against the Boston Celtics. It was the turn of O.G. Anuoby to miss the call. The latter suffers from an ankle injury and has been replaced by Precious Achiuwa in the starting lineup of the Raptors. The substitute notably managed 11 rebounds.

Quebecer Chris Boucher was used for 23 minutes by head coach Nick Nurse. The one who grew up in Montreal North had 14 points and seven rebounds.

R.J. Barrett sounded the charge in the camp of the Knicks. The Queen City native scored 30 points and provided five assists. He was supported by Julius Randle and Jalen Brunson, who had 23 and 21 points respectively.

The Raptors return to action on Wednesday when they visit the Kings in Sacramento.

Earlier in the day at the American Airlines Center, Kawhi Leonard scored 30 points in a 112-98 win over the Mavericks of Dallas.

It was the fourth time in six games that the former Raptors color bearer had at least 30 points. Against the Texas team, he also had nine rebounds and three assists.

For the Mavericks, Luka Doncic had 29 points, 10 rebounds and four assists.