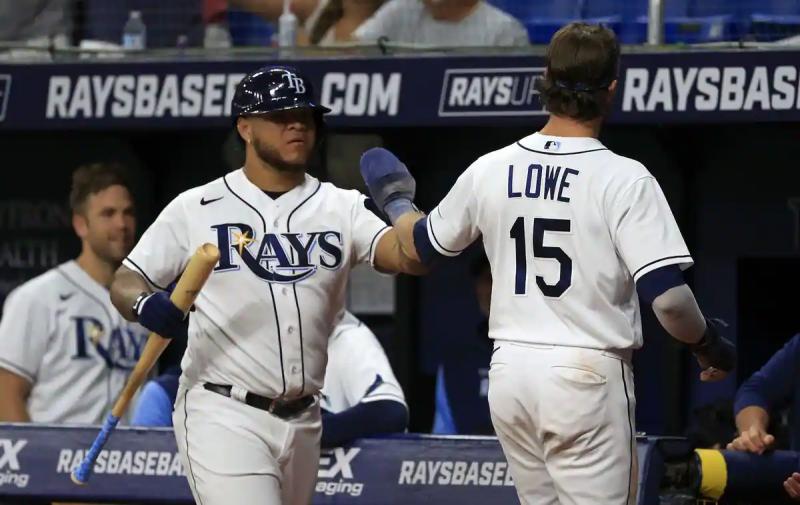 The Boston Red Sox still haven't found the secret recipe to defeat the Tampa Bay Rays, who lost for the third time in as many days, Wednesday at Tropicana Field, this time , by the score of 4 to 1.

In the duel of the day, Shane McClanahan (10-3) handcuffed the hitters of the visitors. In six and a third innings of work, he struck out six opponents. He allowed the visitors' only run, on three hits.

Offensively for the crowd favorites, Taylor Walls drove in a run with a long ball, while Ji-Man Choi, Harold Ramirez and Yandi Diaz also drove in a run each, each time with a drive-in. 'a single.

The Rays thus took a game and a half lead over the Red Sox for second place in the East Division of the American. The Massachusetts team was even caught by the Toronto Blue Jays, who won 8-2 against the Philadelphia Phillies. All three teams hold draft spots for the playoffs.

The Rays will now have the chance to humiliate the Red Sox by sweeping them on Thursday.

Mariners at the height of the race

Mariners of Seattle, the American's fourth team to earn a draft spot, also triumphed on Wednesday. They held off a late comeback from the Nationals in Washington to win 6-4.

Quebecer Abraham Toro was not a big factor in this match, he did not draw only one walk during his at-bats.

Eugenio Suarez was the most productive for the winners. In the first inning, he kicked the ball out of bounds while two of his teammates were on the trails.

The Mariners also had a little scare in the ninth inning. Leading 6-1, they saw Juan Soto hit a three-run homer, but the threat ended there.

Like the Jays and Red Sox, the Mariners have a record from 47-42.