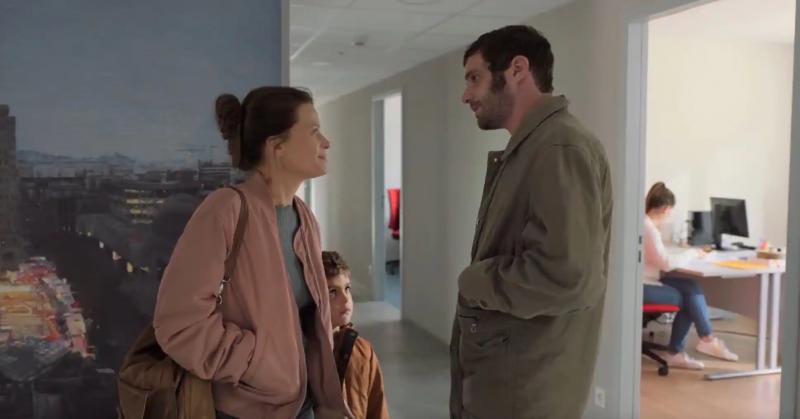 Accommodating a child for five years and seeing him return to his biological father is the heartbreaking drama offered by filmmaker Fabien Gorgeart.

This situation, the director has experienced it, his parents having taken care of a child, who has become a member of the family, to then see him return to his family.

The subject is, by its very nature, difficult. Little Simon (Gabriel Pavie, perfect) lives with Anna (Mélanie Thierry, wonderful), Driss (Lyes Salem), his spouse and the couple's two children, Adrien (Idriss Laurentin-Khelifi) and Jules (Basile Violette). The little one is an integral part of the family, considers Anna as his mother and Adrien and Jules as his brothers.

He was placed in this family following the death of his mother and the inability to his father, Eddy (Félix Moati), to take care of him during his mourning. But today he wants his son back.

“The Real Family” watches with sorrow Simon’s planned separation from those he considers his family. The weekends at his father's, this man he doesn't know, to get him used to it, the fact of stopping calling Anna “mommy”, he who no longer remembers his own, the birthdays to which he doesn't will not be able to attend and all these moments in which he will soon no longer be able to take part.

The heartbreak – felt by the spectator according to his own sensitivity – is experienced by everyone in a different way. The children react according to their character, Adrien being the most “violent”. Driss internalizes and Anna is devastated, she cannot understand how Simon is being taken away from her, whom she considers to be her son.

And of course there is the painful question of laws, of well-being of the child, the rights of biological parents… so many deep questions to which the viewer will not find a clear answer.