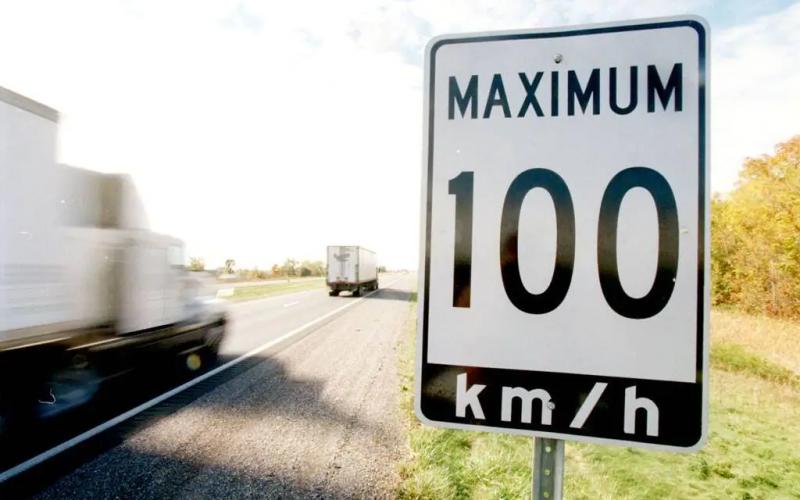 Two years ago, a city policeman stopped me while I was driving a Nissan Leaf. And for good reason, I was traveling at 57 km/h in a 40 km/h zone. A fine of $125 – plus costs – was to follow, accompanied by a comment from the police officer telling me that on this street, we tolerate up to 55 km/h.

What was the real limit? 40 km/h or 55 km/h? Legally, it's 40 km/h, since the sanction received does indeed stipulate that I exceeded the limit by 17 km/h. However, you could never be reprimanded if you were driving at 45 or 50 km/h in this zone. At least, according to this policeman. And you will agree that no matter where you are driving, the set speed limit is always very flexible. Most of the time, we drive between 110 and 125 km/h on our highways, between 60 and 70 km/h on the boulevards posted at 50 km/h, and at nearly 100 km/h on country roads indicating 80 km/h.

It is known, the rules are put in place so that we break them. Which leads me to condemn the hypocrisy of the system insofar as the fine issued to an offender in no way reflects the real excess. For example, if you are pulled over at 130 km/h on the highway, you will be told that you were going over the 30 km/h limit and you will be fined $105 plus costs, based on the charter in vigor. However, since we massively tolerate up to 120 km/h, we could therefore say that the fine should only be $35, with no demerit points.

It goes without saying that with such a rule, the coffers of the State and municipalities would not fill up so quickly. On the other hand, we would play fair with the motorist, who stretches the rubber band as long as he does not get caught and does not catch a fine…

What if in Quebec, we played fair? If we increased the limits on the highways to 120 km/h, as Eric Duhaime suggested in his election campaign? Would this have a negative impact on the behavior of motorists? Personally, I do not believe that the mores of Quebecers would change for this reason. As long as the rules are clear. That we impose compliance with the rules on the side of the police by submitting statements of offense as soon as we cross the limit. And of course, the fines could be reviewed and adjusted according to a certain logic. Consequently, the motorist would now know what to expect and would no longer tend to “push his luck “.

There are several valid reasons why some people disagree with the increase in speed limits. For example, the indiscipline and lack of education of drivers, the density of traffic, weather conditions and even the state of our roads. Add to that the execrable state of some poorly maintained vehicles which, during an emergency maneuver, cannot do the job. That said, and despite all these arguments, I am of the opinion that the limit could be increased, since we are already there. Since contrary to what we can read on the road signs, the limit on the highway is already 120 km/h.

Let’s be clear, there would be no question of raising the limits in school zones or in heavily trafficked urban areas. That said, on highways and secondary roads where normal cruising speed is usually 20% over the allowed limit, let's go!

Obviously, the costs incurred by replacing the panels (which could often be digital) would be significant. A factor that should also be considered in the equation, and which could in particular be financed by the obligation of a mechanical inspection by the SAAQ every two years, for vehicles over five years old. An inspection that would make them safer and thus avoid several serious accidents. Because you have no idea the level of negligence of some motorists who drive with battered suspensions, metal brakes and threadbare tires. The perfect cocktail to amplify the risk of collisions and loss of control…