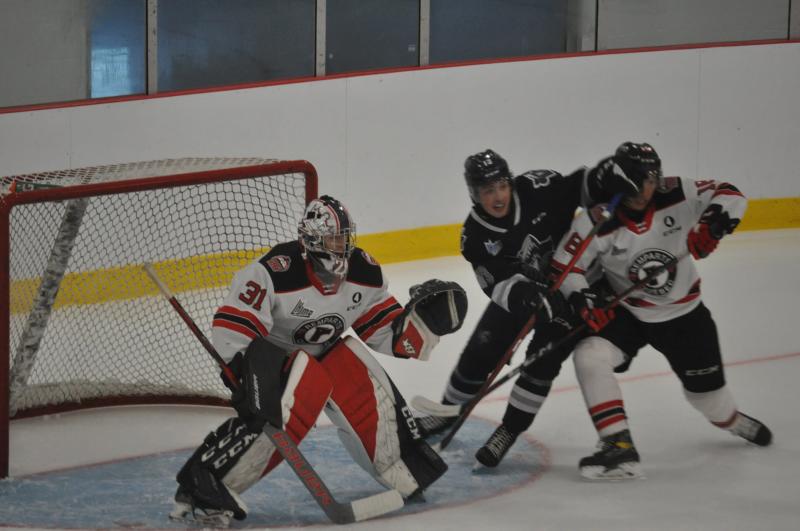 MONT-JOLI-The Quebec Remparts lost 3-1 to the Rimouski Oceanic this Wednesday night in Mont-Joli, the day after a 2-1 win against the team of Bas-Saint-Laurent.

Despite the loss, Remparts head coach Patrick Roy was pleased with the performance of his young players. “I am very happy. We played better than them. Our young people managed to counter Gaudio's line. Several young people show us beautiful things. This bodes well for the future. It was our depth guys who were in the line-up and they responded well,” he commented.

In the opposing camp, Océanic driver Serge Beausoleil liked the match of his young people, some of whom responded well after a more difficult match the day before at the Ancienne-Lorette. “Some young people make a very good impression, even if the positions available are few. They leave a nice business card. Lyam Leblanc was very good in net. He deserved to keep the whole game, ”he analyzed.

The Remparts opened the scoring

Québec opened the scoring in the 14th minute of play on a good slapshot from Lucas Canning that eluded the vigilance of Lyam Leblanc. Less than two minutes later, the trio of Jude Campbell, Lyam Jacques and Noah Matulu buzzed in the opposing zone. Campbell received the puck at the mouth of the net to create the tie, on a nice pass from Jacques. Defender Mathys Laurent is also an accomplice. He played a very strong game.

The youngsters impose themselves

The Océanic imposed its rhythm in the second period. The youth trio of Ben Cross, Mathys Dubé and Quinn Kennedy gave the hosts a 2-1 lead when Rimouskois Dubé grabbed a loose puck in the slot to beat Mathys Fernandez who had just replaced Quentin Miller.

At the end of the third period, the Océanic doubled their lead on a superb three-way play completed by Quinn Kennedy well supplied by Maxim Coursol and William Dumoulin.

In the morning, the Remparts announced the dismissal of two players to the Gatineau Intrepid (M18 AAA). They are defender Brady Austin and forward Samuel Fontaine. The Océanic will make cuts on Thursday.

The Remparts will complete this first portion of the preparatory schedule before the final decisions on Friday in Chicoutimi while the Océanic will be in the Bois-Francs to face the Victoriaville Tigres.< /p>