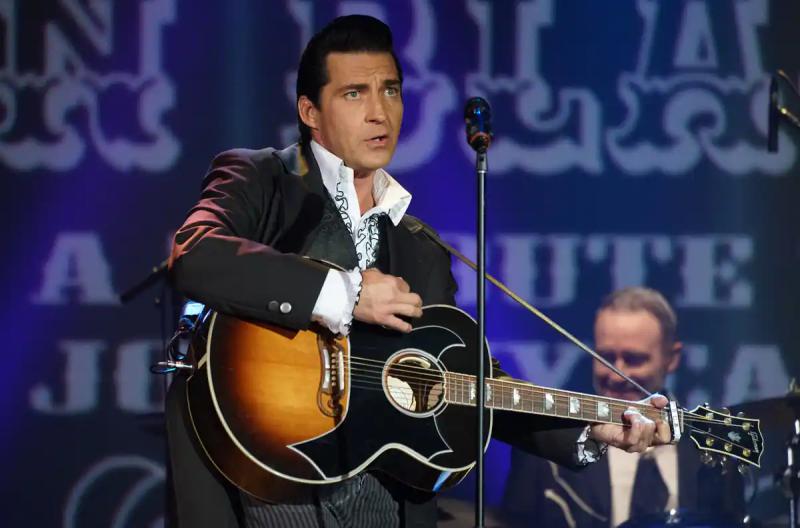 After eight years of absence, the alias of the Man in Black, Shawn Barker, made his grand return to the metropolis on Thursday evening for the first of his residence of a dozen dates at the Cabaret at the Casino de Montréal.

His last visit to La Belle Province dates back to 2014. The personification of the legendary Johnny Cash then performed at the Théâtre Saint-Denis as part of the Festival Juste for fun.

Dressed in a black coat and tank top, which only partially showed the white collar of his half-open shirt, the American Shawn Barker presented Thursday evening, for the first time , a brand new version — new band and new songs — of his show The Man in Black: Tribute to Johnny Cash which, with previous editions, led him to perform in a dozen countries.

The deep-voiced singer revisited during this 90-minute concert as many good old classics, which among other things made it possible to raise the famous country singer to the rank of legends, as well as slightly less popular pieces from Cash's repertoire.< /p>

He did not miss the titles Folsom Prison Blues – with which he opened the evening -, the hit I Walk the Line — which greatly contributed to waking up the public, which was rather discreet at times during the show -, A boy named Sue, Orange Blossom Special and Hurt, the crowd favorite he saved for last with Cocaine Blues.

If Barker's acoustic guitar is not exactly the same as Cash's, his way of playing it is nevertheless very similar. His facial expressions as well as the physical and vocal resemblances that unite the two men are astonishing, even when the impersonator accompanied by four musicians speaks to the public.

He also interacted a lot with him, telling both snippets of stories about Johnny Cash's career and anecdotes about his personal life. He also joked a few times, especially about his French, which he used to let out a few very Québécois swear words and certain key phrases, such as “The next song is our tribute to Johnny Cash”.

The crowd, which was warm on several occasions with the American interpreter – particularly during the interpretation of great hits, such as Ring of Fire -, was above all participatory when Barker encouraged him to clap his hands.

After his Montreal residency, Shawn Barker will visit some American cities on the East Coast before concluding his little American tour at the Capitole in Quebec on November 10 and 11.

In the meantime, the show The Man in Black – Tribute to Johnny Cash is presented at the Cabaret du Casino de Montréal until August 21, 2022.