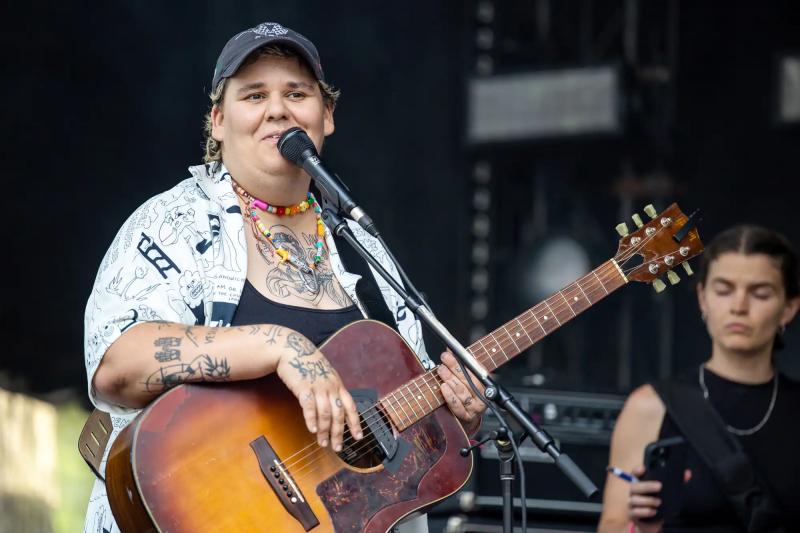 Singer Safia Nolin, who accused Maripier Morin of sexual harassment in the summer of 2020, lamented in an Instagram post about her return to public life with a bang.

“It's hard enough to see that two years later, my mental health, my safety, my career are extremely affected [sic] and that I see his face everywhere ”, she wrote on Saturday evening in a publication on the social network.

Maripier Morin on the red carpet of Arlette last Thursday in Montreal.

Maripier Morin recently started a promotional tour for the film Arlette, his first role since several denunciations, including those of Safia Nolin.

In 2020, she blamed the actress for having made inappropriate advances and racist comments to her, and for having bitten her in the thigh in a bar, two years earlier. Maripier Morin was then dumped by the artistic community.

Safia Nolin claims to have suffered the full impact of her denunciation, which still persists today, resulting in a lot of hatred.

“ It is terrible what she receives. It looks like we are in the Middle Ages and that a woman is being thrown stones in the public square,” reacts Nellie Brière, popularizer of digital.

According to her, social networks have disrupted the public space by providing a platform for voices and opinions that come out of the mold.

She compares Safia Nolin to a “pioneer who may be going too fast for many”, which may explain the backlash.

“And she doesn't have many ramparts to protect, she believes, by questioning the support of public figures on the web. The institutions will have to wake up to help these people who are completely left behind. It makes no sense. »

Mélanie Lemay, co-founder of Quebec against sexual violence, considers Safia Nolin to be “very courageous” to make such an outing on social networks.

” There comes a time when you are no longer able to keep quiet, when you say to yourself that it can't be worse than the silence that is imposed on us”, underlines the doctoral candidate in sexology.

She sees in the controversy a reversal of roles, as if Maripier had been victim of Safia, rather than the reverse.

“ The public is being asked to stop defining Maripier based on this denunciation, while Safia is not being given any opportunity to do the same. And at the same time, we blame him for not moving on, when the violence against Safia has never stopped, she observes.