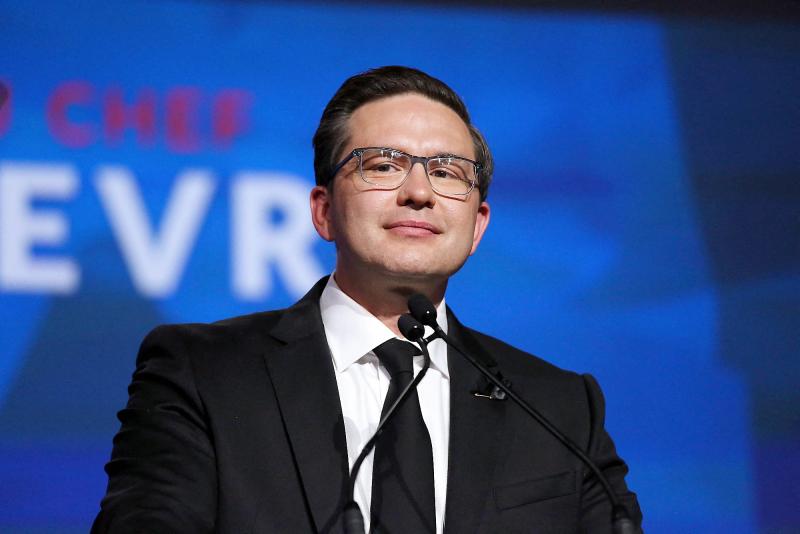 After an exemplary speech during his election as leader of the Conservative Party, Pierre Poilievre quickly returned to nature.

The new leader does not trust the media. Like Donald Trump, social media madmen and conspirators! In an email to all members of his party, he wrote yesterday that “the media is not even interested in pretending to be neutral anymore. They want us to lose”. Then, he adds in the purest Trumpian style: “We cannot rely on the media to transmit our messages to Canadians. We need to get around them and their biased coverage.”

The day before, speaking to the press, the new chief had been indignant – with good reason, moreover – of the untimely interruptions of Donald Atkins, chief political correspondent of the Global television network. Atkins quickly apologized for it on Twitter, adding that “there are better ways to make sure politicians answer questions.” During the leadership campaign, I asked in a column that Mr. Poilievre explain what he intends to do with Radio-Canada if he becomes prime minister. I'm still waiting for the answer.

WHAT FUTURE FOR CBC/RADIO-CANADA?

In the email sent to his supporters, Poilievre repeats his promise to “defund the CBC.” What exactly is he up to? Does he want to abolish the English network altogether? Or reduce it to its simplest expression, that is to say its continuous information service? CBC radio is very popular, as the unfortunate lockout of the English network in August 2005 clearly demonstrated. Does Poilievre want to cut the radio's budget or eliminate it too? As for the French network, the Conservative leader knows its importance for Quebecers and Francophone minorities outside Quebec, having himself grown up in Saskatchewan in a Francophone home.

He declared during his campaign that he would not touch the French network. But it is not without knowing that more than one criticize Radio-Canada for its pay specialty channels and the increasingly considerable sums that the network entertains on its digital platforms. The Liberal government has always said it is willing to increase the budget of the public broadcaster to allow it to free itself from at least some advertising. This is one of the aspects with which the liberals said they agreed with the report of the Janet Yale group. What is Poilievre's take on the report? CBC/Radio-Canada plays a role that I believe is essential in the Northwest Territories, Nunavik and Nunavut. Is this also what Pierre Poilievre thinks?

THE MEMORY OF HIS PREDECESSORS

If the Conservative leader speaks abundantly in French and English, he was more than discreet on cultural issues during the leadership race. Since he is proposing a disengagement of the state in a large number of areas, are we to understand that he could also “defund” the Canada Council for the Arts, the National Arts Center in Ottawa, the museums that come under federal and cultural organizations like Telefilm, the NFB and the Media Fund? Perhaps he will also be very sparing with regard to the various tax credits aimed at promoting the arts and culture and that he will be just as indifferent as Stephen Harper with regard to the influence of our artists on the 'stranger?

It is all the more important that Pierre Poilievre make his cultural intentions known as his most recent predecessors have not left a very good memory.