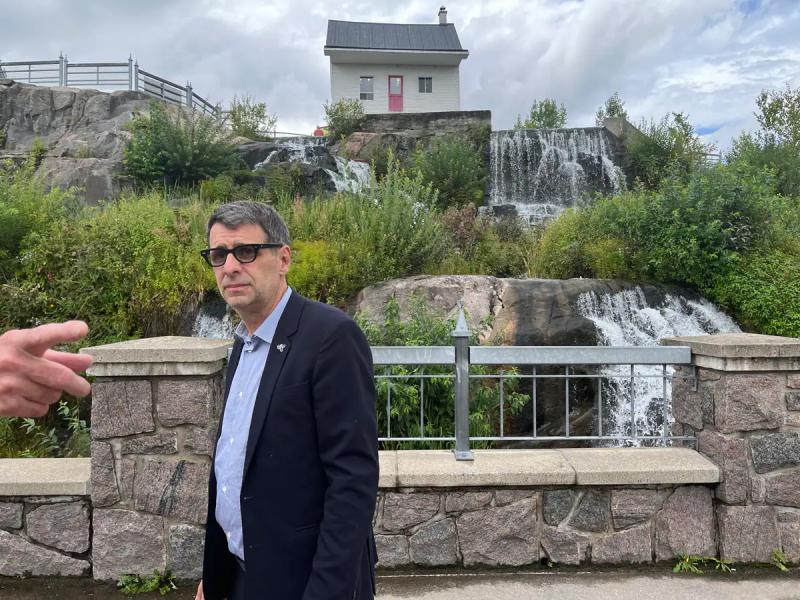 Our Investigation Office specializes in the art of establishing the facts. Throughout the election campaign, our researchers present their findings to you to flush out the surprising, dubious or downright false statements of the candidates, and allow you to see more clearly.

Visiting Saguenay-Lac-St-Jean on Wednesday, the leader of the Conservative Party of Quebec, Éric Duhaime, said that the GNL Quebec project enjoys good social acceptability, particularly in the region he was visiting. “The only way we come up with numbers against the project to say that there is no social acceptability is because they take into consideration what the inhabitants of the island of Montreal say” .

The leader of the PCQ chose a single poll which turns out to be unrepresentative.

The latter cites a sounding by SOM in 2019 on behalf of radio 95.7 KYK-FM. According to this data, collected from 300 adults in the city of Saguenay, 64% of respondents were very favorable or favorable to the project, while 26% were somewhat unfavorable or very unfavourable. However, 47% of respondents considered themselves fairly badly or very badly informed on the subject.

Other, more recent polls paint a different reality: they show that the project divides almost as much if we poll only the population of Saguenay as that of the entire province.

For example, if we rely on the sounding carried out in March 2021 by Ipsos on behalf of Radio-Canada among 500 residents of Saguenay-Lac-Saint-Jean alone, we see that support for the project takes a cut. 43% of respondents said they were very favorable or somewhat favorable to LNG, and 31% said they were very unfavorable or somewhat unfavorable to the project. In addition, a quarter of respondents remain undecided.

And if we look at that of Léger, who conducted a survey the same month as Ipsos in March 2021, focuses instead on the whole Quebecers. It emerged that 27% have a favorable or very favorable opinion of the LNG Quebec project, while 52% are unfavorable or very unfavourable.

Focusing solely on Montreal, a 2020 Léger poll shows that 29% of respondents in the metropolitan area approve of the project compared to 50% who disapprove of it.

Furthermore, we cannot rely solely on surveys to judge the social acceptability of a project.

“The poll gives a very specific image, it is a photo of a precise moment. You have to be very careful when referring to polls to determine the acceptability or not of a project or a situation since all that is very scalable,” says Stéphanie Yates

Professor, professor in the department of social and public communication at the University of Quebec in Montreal.

“I would say that the collective impression in relation to the climate crisis, it has evolved, we are no longer in the same place as in 2019, she continues. We are beginning to see the concrete effects of the climate crisis and so I would be surprised if opinions are crystallized and are the same today as those of three years ago because the context has changed. »

Mrs. Yates concludes that Éric Duhaime went there with a “a bit hasty” assertion to argue that the Saguenay-Lac-St-Jean region immediately accepts the LNG project Quebec.