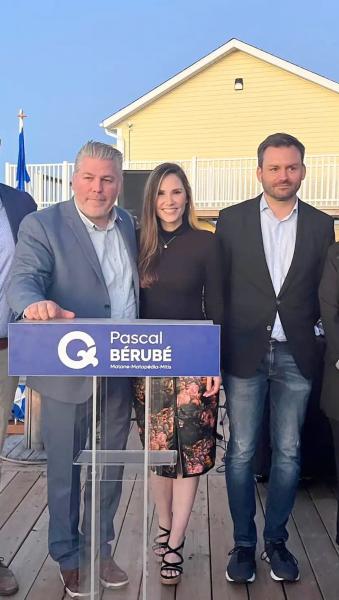 Running out fake news, checking statements from politicians, finding the real numbers: our Bureau of Investigation, based in Montreal and Quebec, specializes in the art of establishing the facts. Every Saturday, our journalists and researchers present their findings to you to allow you to see more clearly in the news of the week.

For the past few weeks, the Parti Québécois has been sharing posters and photos on social networks showing errors in the names of two ridings in Bas-Saint -Laurent. On Twitter, candidate Samuel Ouellet announces that he is running in the provincial elections in Rimouski-Neigette.

For his part, outgoing MP Pascal Bérubé poses in front of a Parti Québécois lectern indicating the name Matane-Matapédia-Mitis. In addition, in a Twitter post on August 17, the PQ said: “If I am re-elected, I will plead with @electionsquebec [Élections Québec] for the name of the riding to be changed. It is a matter of respect for the citizens of La Mitis. »

The PQ is mistaken several times in not one, but two county names. First of all, Rimouski-Neigette is not a provincial riding, but the name of a regional county municipality of Bas-Saint-Laurent. At the federal level, the riding is Rimouski-Neigette–Témiscouata–Les Basques. As for Pascal Bérubé, he represents himself more in Matane-Matapédia.

By email, the PQ explains that Samuel Ouellet uses Rimouski-Neigette so that the name is more representative of the county, while Pascal Bérubé recently pledged to change the name of the riding if he is re-elected.

This is the number of Quebecers who have an Aboriginal language as their mother tongue, according to census data released Wednesday. This represents 0.5% of the population of the province.