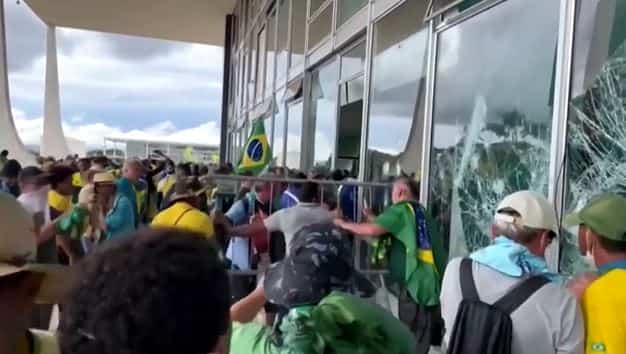 The day after the ransacking of several places of power in Brazil, more than 1,200 supporters of the far-right ex-president Jair Bolsonaro were arrested. The images of these riots went around the world and turned the Brazilian community of Sherbrooke upside down.

Councilwoman Fernanda Luz worries for her family as violence rages in her home country. “I have been speaking with them since last night. We slept badly last night,” said the Carrefour District Councilor on Monday.

On Sunday, hundreds of supporters of former far-right president Jair Bolsonaro stormed the Place des Three powers in Brasilia. “It's a complete rampage. We destroyed everything,” assured the independent journalist Serge Boire, who is in Brazil.

Moreover, the images have gone around the world and are reminiscent of the events of the American Capitol two years ago. “The big difference with what happened in the United States is that here there was political support and there were law enforcement present who supported and encouraged,” added Serge. Drink.

Moreover, many are accusing former President Bolsonaro of complicity. “He's very supportive of what happened, so it's no coincidence at all that he's with his friend Donald Trump in Florida now,” said Bruce Gilbert, professor of philosophy at Bishop's University. /p>

Brazilians worry about their democracy. Many of them lived under the dictatorial regime of the 1960s to 1980s and do not want to return to a similar regime. “It puts things into perspective. I'm happy to be involved in politics in a country where we have the space for the debate of ideas,” said Fernanda Luz.

Fernanda Luz, she hopes that peace will soon be restored in her country of origin. The Supreme Court reacted quickly and already looters must answer for their actions. However, the next few weeks will be decisive for Brazilian democracy.