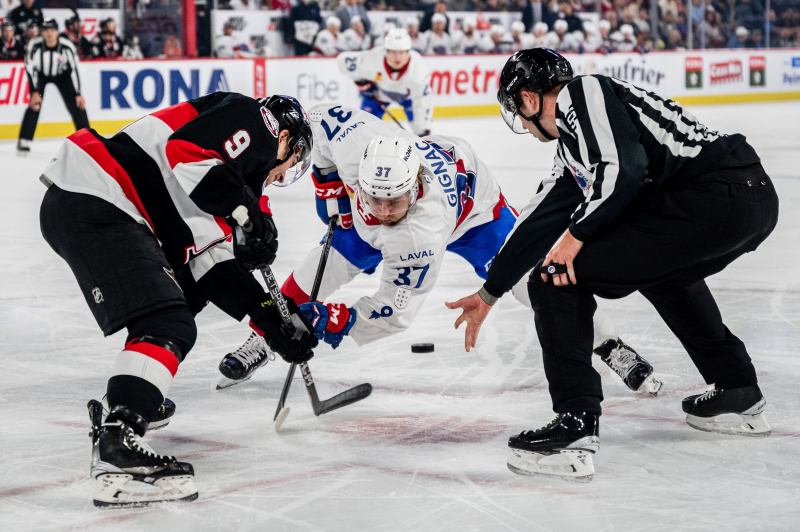 The Laval Rocket was once again unable to win against the Belleville Senators on Wednesday at Place Bell, this time losing by a score of 3 to 2.&nbsp ;

It was already the third duel of the campaign between the two teams, with the Ottawa Senators farm club triumphing on each occasion.

In the duel of the day , the crowd favorites seemed in control for much of the game, but their indiscipline, particularly late in the game, cost them valuable points in the standings.

With seven minutes left in regulation time , Brandon Gignac was sent to jail for four minutes after hitting Scott Sabourin in the face with his stick and causing him to bleed. Then Tory Dello was given an extra two minutes for delaying the game. The visitors took advantage of that two-man advantage to tie the game, courtesy of Roby Jarventie.

It was also with the one-man advantage that the Senators nailed the coffin of Rocket. With nine seconds to go in the third period, Rourke Chartier threw a cold shower on the Laval team, who could only see the damage.

Egor Sokolov, also on the power play, scored the Another goal for the Senators, in the second period.

Anthony Richard, with an extra man, and Brandon Gignac hit the target for Jean-François Houle's men.

In front the Rocket cage, Cayden Primeau blocked 28 of 31 pucks aimed at him. His vis-à-vis, Kevin Mandolese, has stopped 31 of the Rocket's 33 attempts.

The Montreal Canadiens' school club will now have the opportunity to recover on Friday and Saturday, each time at the Place Bell, against the Rochester Americans.