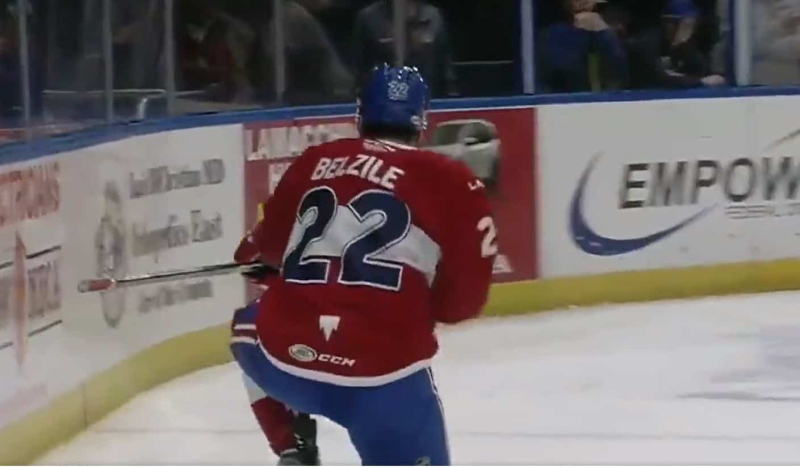 Helped by effective special teams and captain Alex Belzile, who led his troops to a safe destination, the Laval Rocket ended a winless drought by defeating the Cleveland Monsters by the scores 6 to 2, Saturday, at Place Bell.

After four straight losses, including three on the road, Jean-François Houle's men took advantage of a short stint at home to get back to their good habits. Two power play goals helped them take the lead early in the second period.

Rem Pitlick continued his unstoppable American League momentum with two points, his 21st and 22nd in 18 games. The Ontarian scored on the power play in the first period, before becoming an accomplice to the first of Belzile's three goals on the way back from the locker room.

Halfway through the second, Pitlick picked up a a penalty not that expensive: the Rocket scored two goals during the same penalty kill! Lucas Condotta added the finishing touch to a fine breakaway climb from Anthony Richard, then, 27 seconds later, Belzile beat poor Darion Hanson between the pads.

The captain completed his lap of the hat in an empty net. Mitchell Stephens was Laval's other scorer, 3 min 35 s into the first period.

In net, Kevin Poulin made a very good performance with 36 saves.

The Rocket will cross the border for a game, which will face the Rochester Americans on Wednesday.