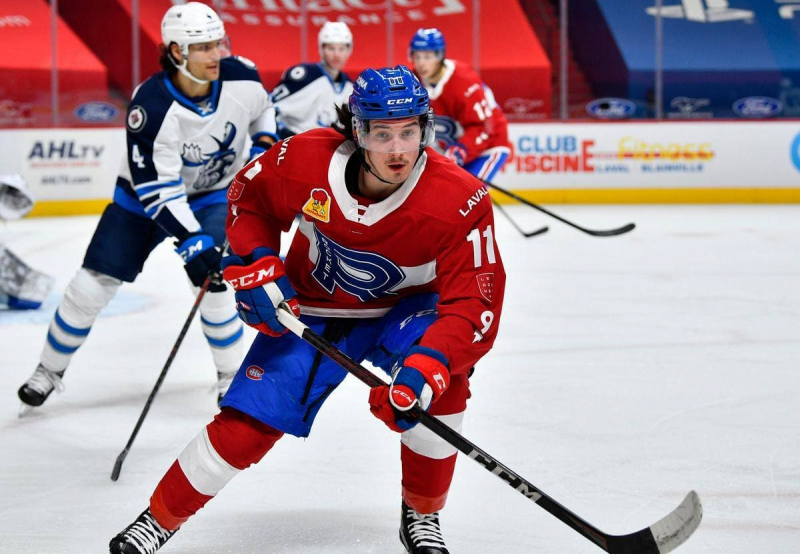 The Laval Rocket players tried everything in the third period, but Toronto Marlies goaltender Keith Petruzzelli was masterful in frustrating the opposing team. Unable to sufficiently slow down the offensive machine of their rivals, Jean-François Houle's men were defeated 7 to 4, Wednesday night, at Place Bell.

The second period was was particularly lively, with the two clubs scoring a total of six goals. Logan Shaw took the opportunity to score with a resounding slap shot on the power play, but also to strip Cayden Primeau on a shorthanded breakaway.

After two-thirds of the game, the Marlies had the 5-3 lead and the Rocket tried to get going. The local favorites directed no less than 21 pucks to Petruzzelli's net, and the Manitoba goaltender gave way only to Rafaël Harvey-Pinard.

Anthony Richard, Gabriel Bourque and Jesse Ylonen also scored for Laval. The latter had given his team the lead with a five-against-four cannonball in the second period, before they allowed three unanswered goals in four minutes.

Primeau had a match difficult by being beaten five times on 29 pitches. The Torontonians also scored twice in an empty net.

This is the fifth loss in his last six games for the Rocket. The Marlies will once again be the visitors at Place Bell on Friday.