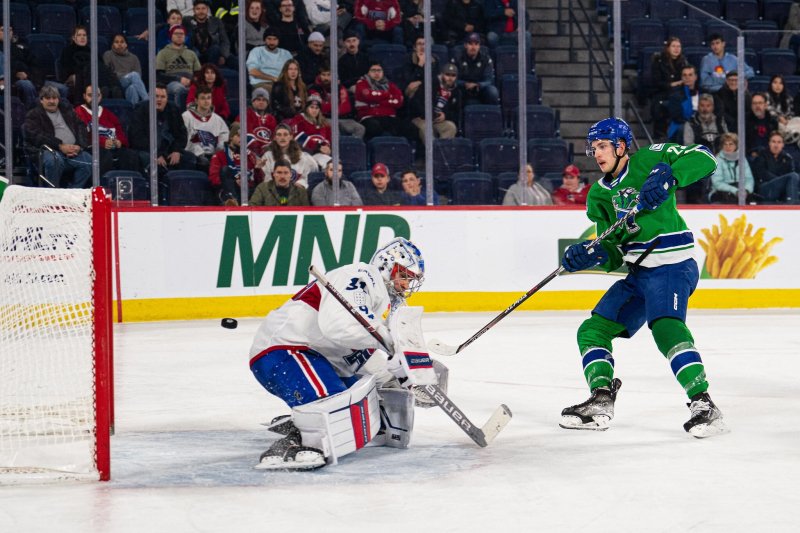 The Laval Rocket again failed in their attempt to sign a second straight victory, Wednesday at Place Bell, after losing 3 to 2 against the Abbotsford Canucks.

Since the start of the season, head coach Jean-François Houle's men have been unable to win two games in a row.

Against the Canucks, who they had defeated 4-2 a week earlier, the crowd favorites gave up all their goals in the second period. Goaltender Cayden Primeau will however have very little to reproach himself for, he who gave up three goals on 33 shots.

From the 26th second of the middle period, Guillaume Brisebois completed an impressive tic-tac- toe, in a three-on-two downhill, to open the scoring. Will Lockwood, for his part, took advantage of a numerical advantage to deflect a throw from Christian Wolanin and deceive Primeau's vigilance. Finally, Lane Pederson slipped between the Rocket's defenders and came alone in front of the home team's goalkeeper, not missing such an opportunity.

The Rocket first replied with a times in the second period. Justin Barron took advantage of a power play to shake the ropes with a powerful slap shot. Then, in the third period, Peter Abbandonato gave some hope to his team, with less than five minutes to play, but in vain.

The Rocket will now begin a five-game journey which will begin Friday by playing two games in two nights against the Belleville Senators. The Montreal Canadiens training club will return to Place Bell only on December 9.