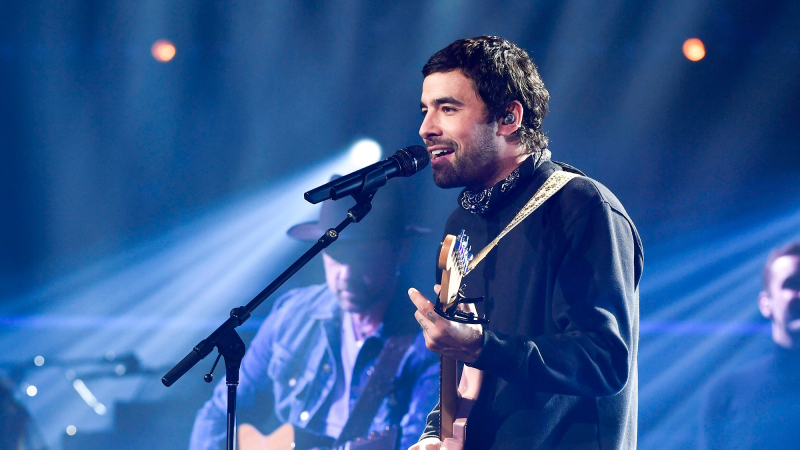 Very happy times, but also more painful times have filled the personal lives… and social networks of artists here over the past year. Here is our report.

Before giving birth to her son Lawrence in April, the muse of Revolutiondid not know the gender of the child, information that the actor also did not know. The young mother also made her fans wait five months before revealing the baby's face.

A withdrawal from public life and a grip later, the host and actress has made room for a great novelty in her life: little Margot. It was the father, the actor Jean-Philippe Perras, who was the first to welcome the child on social networks, also praising his better half.

On the eve of Saint-Jean, Suzie Villeneuve officially became a mother when baby Edward showed up. The height of joy: she was able to live this event by being supported, supported and informed by her sister Lisa, a nurse.

Never two without three, they say. This is the case of Jonas and his beautiful, Carmen, the parents of a trio of children – one birth per year for the past three years – since October. To Lennon and Gloria Pearl was added little Morrison.

It was not a new illusion that the magician presented in October, but rather the little wrinkled foot of his daughter, who had recently arrived in the family. Luc Langevin and his lover, Esther L. Béland (to whom he paid tribute), offered a sister to their 4-year-old Victor.

At 2 years old, little Loa, Jérémy Demay's first child, became a big sister. The comedian and his wife, Marie, expanded their family over the summer when a baby was born whose name and gender have not been released.

A few days after the second delivery of Cœur de pirate, his coach at La Voix, the singer tasted the joys of fatherhood for the first time. His lover gave birth to Rose-Adèle and, as the artist said: “It's the most beautiful sight I've seen in my life! ”

Nearly 10 years after the arrival of her daughter, Romy, Cœur de pirate gave birth to a first boy named Arlo. Her duty as a mother did not prevent her from continuing to give shows and take care of Bravo musique, her artistic management company.

COVID will get them made them wait two years longer than expected, but did not prevent their flame from burning. They waited until October, at the church of Saint-Sauveur. Their lavish wedding – attended exclusively by 7 Jours magazine – raised $40,000 for four foundations.

Last year, it was the great adventure of Star Académie that was at the heart of the life of the young singer. But this year, the music was no match for the intimate ceremony he experienced in Thetford Mines, alongside the one who has shared his life for several years.

With them, love did not take its time. In October 2021, we learned that the chef formed a couple with the youtuber and author. In May of this year, the lovers got engaged, and just a few months later, in December, they married in Portugal.

They will say again “ Yes ”

This year, the singer and her man celebrated their 14 years of marriage, a stage that is called the wedding of lead. However, there is no lead in the wings of their couple. Quite the opposite, because they are looking forward to 2023 to renew their vows.

After six years together, the actress and the comedian have drawn a line under this part of their life. Although it was “a difficult decision”, they remained “on very good terms”. However, we do not know if they were still a couple when they hosted their ComediHa gala! in August. Never mind, their work hasn't suffered.

The host and his most recent love heading for 10 years of happiness. After taking five years to present the one that made his heart beat, the master of the Cheaterannounced, in mid-October, to have become single again, having only good words for his former flame. “She's a super good friend, an incredible friend,” he told 7 Days magazine.

Failing to share the name of the one with whom she formed a couple for almost six years, the comedian did not hide, in October, being separated. The announcement came shortly before we learned that she was the one hiding in the Bébéluga of the second season of Masked singers.“In fact, we are no longer in love, but we remain best friends for life,” she told 7 Jours.

They worked together, created a duo and gave birth to little Gisèle. All this in six years of intimacy. It was at the beginning of September that the ax fell on the couple. However, two years earlier, we learned that the singer no longer lived under the same roof as the musician, she who had become the owner of a house whose renovations were going to serve as the setting for the show Chez Marie-Mai.

It took the host a few months to “manage  » his break in the media. In March, he and his ex went their separate ways, but it wasn't until September, after receiving several messages from fans asking what was going on with his sweetheart, that he wrote that their story s was over after three years. Although he admitted that a separation was never easy, he wanted to reassure the public.

The two singers of La Voixfailed to avoid a second rupture this year. Active on social networks, the parents of two children have closed an important chapter in their lives. But impossible to know how they got there: “I will not explain the reasons why our paths separated, out of respect for my family. It is deeply difficult. But it's better like that,” wrote Rafaëlle Roy in September on Instagram.

< p> In love since 2009 and married for seven years, the comedian and the producer were at the heart of a break. Asked how she had managed to lose weight, the mother of little Alice, born in 2018, took advantage of her platform at the microphone of the morning meeting Le Boost!, on Energy, to open a door to his private life. Among other things, she spoke about the importance of resilience and adaptation when children are directly affected by a decision made by their parents.

For several months now, Émilie Bierre no longer has Louis Morissette and Véronique Cloutier as in-laws. At the beginning of May, the actress made no secret of no longer living a romance with Justin Morissette, the son of the famous couple. “We were a couple for almost three years, but we are growing, we are evolving…”, summed up the young woman at Échos Vedettes.

Since October, Andréanne A. Mallette has returned to what she calls “essential” : herself and her friendships. The singer-songwriter and the drummer, in a relationship since 2018, have chosen to no longer take the same road. In addition to their intimacy, the two artists have also shared the stage many times.

The The year 2022 will have marked the birth of the couple formed by former reality TV stars, but also its break-up, after some six months. The host and the one we discovered during the edition of Occupation double Balihave greatly reported their complicity in love on social networks, then suddenly, the outpourings have ceased. For only comment, Kim Rusk wrote: “[…] yes Sansdrick and I are finished”.

All new, all beautiful…

The end of 2021 had not been the happiest in the heart of Alicia Moffet, who had decided to separate from Alex Mentink , the father of her daughter, Billie Lou. But 2022 was much happier, because it allowed him to meet Frédérick Robichaud, candidate for OD in the West. Did this magic of fate inspire the song Run to You?

After a difficult separation that led to a divorce from the mother of his two children, love has once again knocked on the door of the host of Good evening good evening!. We do not know exactly when the beginning of this love story dates back to, but at the beginning of May, we learned that the heart of the gentleman beat for his stylist, Emmanuelle Rochon, well known to Quebec artists.