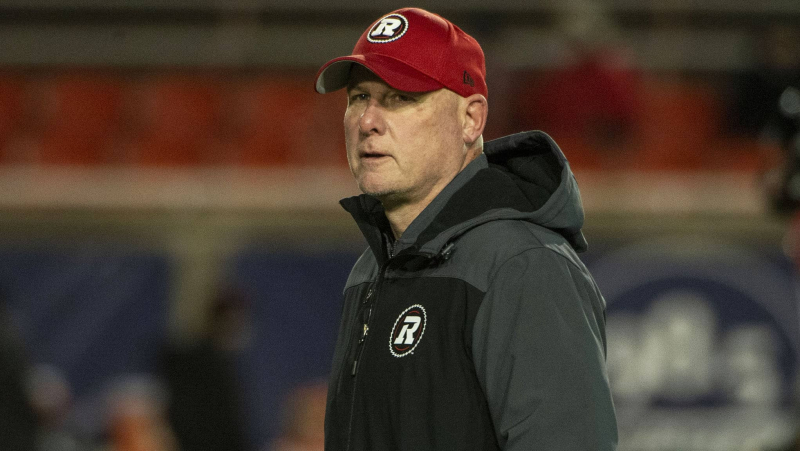 Friday night's loss to the Ottawa Redblacks was one too many for head coach Paul LaPolice, who was let go by the team on Saturday.

The 52-year-old was only the second player in modern history for the Ottawa squad, which returned to the Canadian Football League (CFL) in 2014. Hired before the canceled 2020 season, LaPolice then succeeded Rick Campbell.

The American's stay in the capital was not very productive, as he was unable to get the Rouge et Noir out of the bottom of the standings. The team went just 6-22 during his reign.

“I have enjoyed working with Paul and thank him for his contribution to the team over the past two seasons; today is not an easy day, General Manager Shawn Burke said in a statement. In this industry change is sometimes required to help the team move forward, and that's what we did here.”

“Paul is an incredible man who gave his all for this job. But, unfortunately, we really haven't won enough games,” added President and CEO Mark Goudie.

Special Teams Coordinator Bob Dyce will the interim. The Manitoban, who has been with the organization since 2016, was head coach of the Saskatchewan Roughriders in 2015.

Before leading the Rouge et Noir, LaPolice had been the driver of the Winnipeg Blue Bombers from 2010 to 2012. After his layoff, he worked as a television analyst before returning to the Bombers as offensive coordinator from 2016 to 2019.

Ottawa (3-11 ) is still stuck at the bottom in the East and has suffered three straight losses, most recently by a score of 34-19 against the BC Lions. The Rouge et Noir will cross swords twice with the Montreal Alouettes by the end of the campaign.