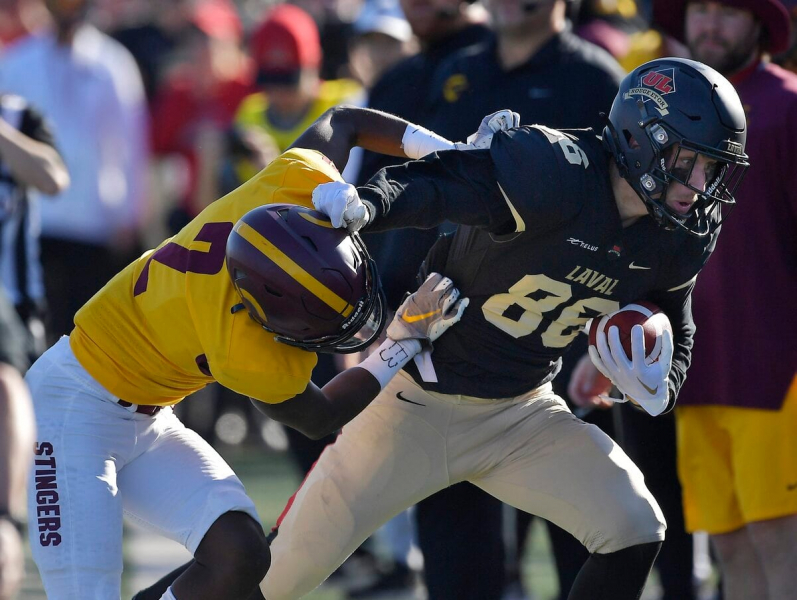 The Rouge et Or will have the chance to repatriate the Dunsmore Cup to Quebec. Glen Constantin's men won 38-27 against the Concordia Stingers this afternoon, at TELUS-UL Stadium, to earn their place in the final of Quebec university football.

This will be Université Laval's 19th consecutive appearance at the Dunsmore Cup.

Kevin Mital had a strong game, notably scoring two touchdowns in 99 seconds at the end of the second quarter. David Dallaire, Alex Duff and Antoine Dansereau-Leclerc also scored a major in the match.

No less than 10,420 spectators attended the game, which was played in summer temperatures, the largest crowd for a semi-final since 2011.