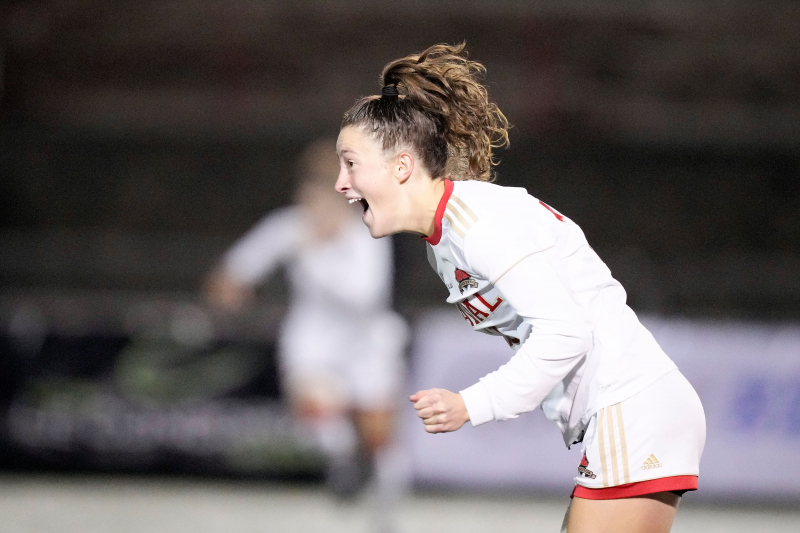 Laval University's Rouge et Or caused quite a surprise on Thursday at PEPS, by dismissing the UBC Thunderbirds to reach the semi-finals of the Canadian women's soccer championship.

While the 1-to-1 tie still persisted after two periods of overtime, Mégane Darchen played the heroes in the penalty shootout to sow euphoria in the Laval camp. Laval scored five times and Myriam Labrecque stopped one shot on four of the tournament favorites. Win 5 to 3 for Laval.

With this victory, the Rouge et Or will face the Cape Breton Capers on Friday night in the semi-finals.

“When I showed up at the shooting line, I did the empty and I didn't think of anything,” Darchen said. I knew what I was worth and I knew where to shoot. When I saw the girls running, it was indescribable. It is a moment to remember. ”

Labrecque savored this moment. “I was happy that the girls brought the game to penalties,” said the 5th year goaltender. It's one of my strengths and I did the job like last year in the bronze medal game we won at nationals.

Scorer of the only goal in regular time, Léa-Jeanne Fortier was jubilant after the game even though she was on crutches. “We knew we had to go to war, imagined the rookie par excellence in the country. Even though we gave up a goal when we started, we didn't change the way we played.”

Will Fortier be able to play in the semi-finals? “Tomorrow is another day,” she said. I will do everything to play. I made contact with the keeper and my foot took the hit.”

David Desloges praised the work of his protégés. “I'm really proud of the girls who kept putting pressure on UBC even after allowing a goal early in the game,” said the Laval head coach. The girls haven't changed anything and that's what I'm most proud of. At the end of the match, they drew on the depths of their resources. »

The Thunderbirds quickly took the lead 1&nbsp ;to 0 from the 4th minute, taking advantage of the Rouge et Or's hesitation.

This goal did not shake the Rouge et Or, however, as they multiplied their charges towards the visitors' net. Catherine Fortier touched the post in the 24th minute and the Western champions' goaltender stood out in front of Daphnée Blouin in the 40th minute.

Laval dominated 6 1 in shots on target in the first half without ever managing to score.

The long-awaited goal came in the 48th minute. Taking advantage of a cross from Mathilde Rousseau, Léa-Jeanne Fortier tied the game. The second half was also to the advantage of the Rouge et Or who obtained ten shots on target compared to three for the Thunderbirds.