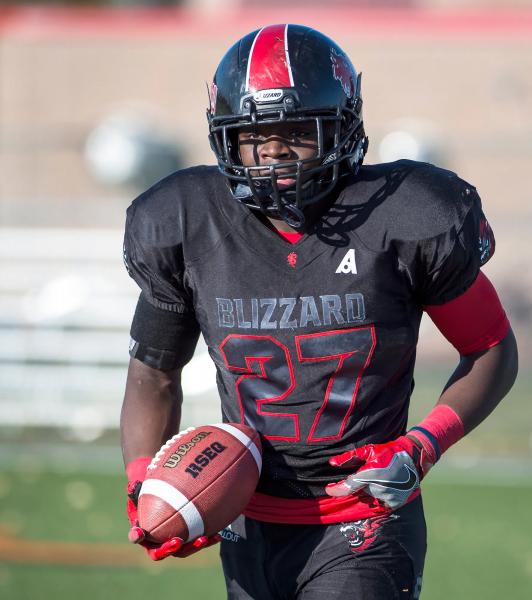 The Université Laval Rouge et Or struck a blow at the end of June by recruiting coveted running back Kalenga Muganda, a player the organization had had in its sights for several years .

“He's a guy we've been watching evolve since he was in high school,” said Mathieu Bertrand, head of recruitment for Laval University, today. He is an exceptional running back and is a great addition to our program. I know that Glen [Constantine, the head coach] was on the case for a few years. ”

Muganda made the weather rain and shine in Quebec, when he wore the colors of the Blizzard of the Séminaire Saint-François. Moreover, he is the most successful player individually in Quebec school football.

The ball carrier then joined the Spartans of Old Montreal, before playing a season in California.

Will the rookie be able to show his talent on the field of Université Laval this season?

“ He is the kind of player who could see action starting this year, in fact “, says Bertrand.