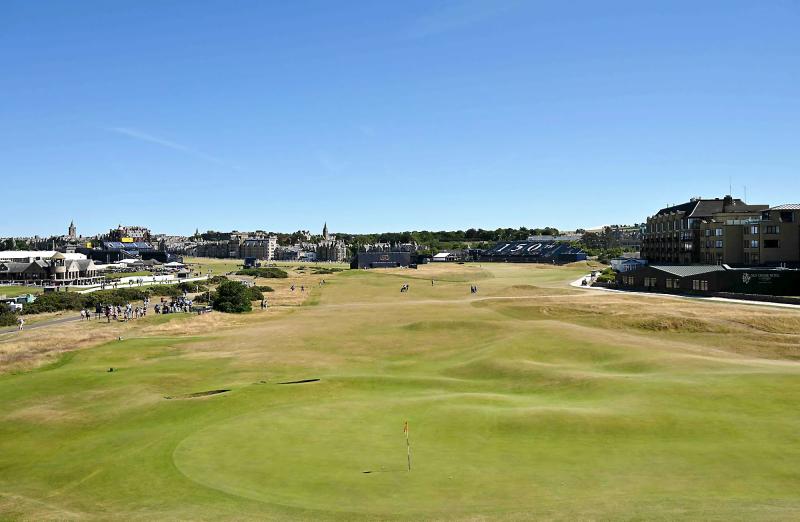 ST ANDREWS, Scotland | These days it's impossible for a big boss of a golf governance body to escape the noise pests caused by the new LIV Golf series. On Wednesday, the chief executive of the Royal and Ancient thundered as he scorched the league that is troubling his sport.

Clearly, the governing body of golf in Europe, which also wants to be the strongest voice of the discipline, does not like this rival circuit doling out the billions of dollars.

“&nbsp ;There is no free lunch. I believe the pattern we have seen in the first two LIV Golf tournaments is not in the best long term interest of the sport. It's all about money, Martin Slumbers said with seriousness about the league that attracts athletes by covering them with tens of millions of dollars.

“We believe this model undermines the merit-based culture and open competitive spirit that makes golf so special.

“There is a road to the elite of the game. ;golf. It's based on skill and the willingness to work hard to get there, he explained. This has been advocated for decades. I firmly believe it is worth the fight. In my opinion, it is the most important part of our ecosystem. ”

By this, he means that LIV Golf does not invest a penny in the development of the sport, from the roots to the elite, including expertise, training and the many programs. The governing bodies are paying very large sums into it.

The series is more aimed at men to bring them into a professional league where scholarships are provided by the Saudi Arabian Public Investment Fund . A source of money that has spread its tentacles all over the globe and is causing a reaction. The country makes an attempt at “sport washing » wishing to restore its image tarnished by human rights violations for a very long time.

According to Slumbers, the answers about the stakes and the future of golf are not found in creating a tiny league where the money is flowing.

“It's not believable and even undermines people's perception of our sport. We have worked hard to improve it over time. We must continue to increase participation, ensure diversity and ensure that golf is open to all.

As for the future of the British Open, Slumbers settled a point . It will not ban any player. However, he assured that the Royal and Ancient (R&A) will quickly review the criteria, exemptions and qualification process.

These are established at the beginning of the year. The competition committee has the rights to review them.

“Golfers must earn their ticket to the Open. It is fundamental, because it is what ensures that we are able to bring together the best players in the world. »

In this respect, a golfer can participate in the British Championship by meeting certain criteria, including world ranking and previous achievements.

If World Rankings management denies LIV Golf's claim for recognition, golfers playing on this series will tumble off the grid. They should therefore go through the qualification process to participate in the next Open.

The members of the management met about this request on Tuesday evening at St Andrews. The major industry players composing it are studying it while several elements of the formula stick according to the established criteria.

With all the stakes in the sport, this decision is eagerly awaited. < /p>

The 7 magics of the Old Course

On the forecourt of the Royal and Ancient castle, the announcer calls on golfers to set off on the oldest course in the world. Their names echo through the small adjacent streets. We hear a pin drop among the thousands of spectators crammed into the huge bleachers. The 1st and 18th holes share the same fairway some 140 yards wide between the Links Street fence and the bleachers.

Located at the other end of the property, it is a sequence of four holes particularly affected by the elements when Mother Nature decides to do her bit. These run along the estuary of the River Eden. There are the two unique par 3s of the course. The two short pars 4 also offer excellent chances of birding depending on the wind direction while it is possible to get dangerously close to the flag.

Without a shadow of a doubt, one of the most difficult par 4s in the world of golf, the 17th hole is nicknamed the Road Hole because of the small gravel road that runs alongside it. It has been the toughest on the course since 1984, when statistics began to be compiled. In 1984, the stroke average was 4.79, making it the toughest in British Open history. In 2000 and 2010, it varied by a few cents. Why ? It's all a matter of perspective, daring and luck. From the mound, the wall of the Old Course hotel gives the angle of the bent hole to the right. Out-of-bounds stakes lie in wait at all times. Golfers favor a trajectory flying over the hotel in order to attack the pennant of a very narrow green with a shorter iron. In front of the surface, they must also avoid the small and dangerous Road Hole bunker. When you get there, you have to pray for a delicate and smooth exit. The small gravel path also runs along the right of the green. In 1978, Tommy Nakajima came out after four strokes. In 1984, the great Seve Ballesteros, champion of the Claret Jug described his route on the 17th as follows: ” A good tee shot, a 5 iron, an approach and two putts “, at his side , a member of the R&A had pointed out that it is a par 4. Seve then replied: “For you George it's a par, but for Seve Ballesteros it's a par 5.”

If one of the 112 ingeniously well-positioned sand pits on the Old Course is to be avoided, it is the “ Hell Bunker ” par 5 of 614 yards from the 14th hole, the longest on the course. Located 115 yards from the green and to the right of the fairway, it lives up to its nickname. 10 feet deep and covering an area of ​​300 square feet, it has slaughtered many hopes throughout the ages. In 1995, Jack Nicklaus executed four swings there to get away with it en route to an abominable 10. He had expressed the wish never to revisit it again. When he won in 2000, Tiger Woods avoided all the pits in his four rounds in a dominant and anthological performance.

“Hole O’Cross” transpires the philosophy of the Old Course where you have to find the balance between power and positioning. The three sand pits located to the right of the fairway more than 260 yards from the mound are nicknamed the “Coffin bunkers”. Falling there, you better be prepared for a big score. Since 1984, 12 players have committed a triple-bogey there. Golfers favor a trajectory towards the 6th tee for better flag attack.

Another authentic element of the Old Course : there are seven huge greens sharing two pennants. The 1st, 9th, 17th and 18th are those where we see only one flag floating in the wind. The surface of the 7th and 11th is the widest since it measures 112 yards. And that of the 5th and 13th covers an area of ​​37,000 square feet. According to prices on the Montreal real estate market, it would cost $16.6 million! But on this piece of Scottish land, it is priceless.

From the mound, you can see the Swilcan Bridge, the castle of R&A, the gable end of the Hamilton Grand Hotel, the three bleachers and the huge main tableau. We feel there all the weight of the history of sport. About 50 yards from the green is the Valley of Sin, a tricky hilly area best avoided in all directions!