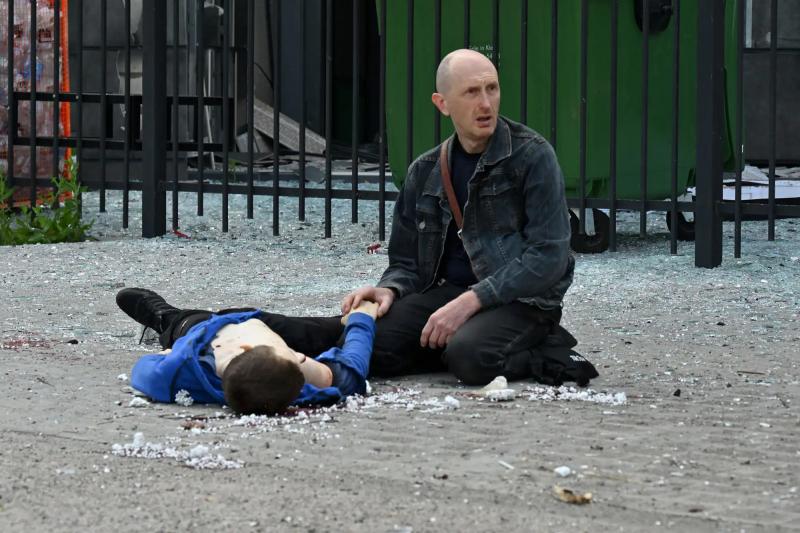 Ukrainian Foreign Minister Dmytro Kuleba called for more weapons and sanctions on Wednesday after Moscow announced it was expanding its offensive in Ukraine.

“The Russians want blood, not negotiations. I call on all partners to strengthen sanctions against Russia and speed up arms deliveries to Ukraine,” Kouleba wrote on Twitter.

He was reacting to the announcement by his Russian counterpart Sergey Lavrov that Moscow was no longer focusing “only” on eastern Ukraine and that talks between the two countries would make “no sense” in the current situation. The Russian offensive in Ukraine began on February 24.

< p>M. Lavrov claimed on Wednesday that Russia's military objectives in Ukraine were no longer limited to the east of the country, but also involved “other territories” and could expand further.

He said justified this change by a “different geography” compared to the situation that existed on the ground at the end of March, when Moscow had said it wanted to focus on the east, after failing to take Kyiv, the Ukrainian capital.

< p>M. Lavrov also said that holding talks with Kyiv would make “no sense in the current situation”, saying that previous contacts had “only revealed the lack of will on the part of the Ukrainian side to discuss anything seriously.

Moscow, which is bombing cities across Ukraine, has made gains in recent weeks in the east of that country.