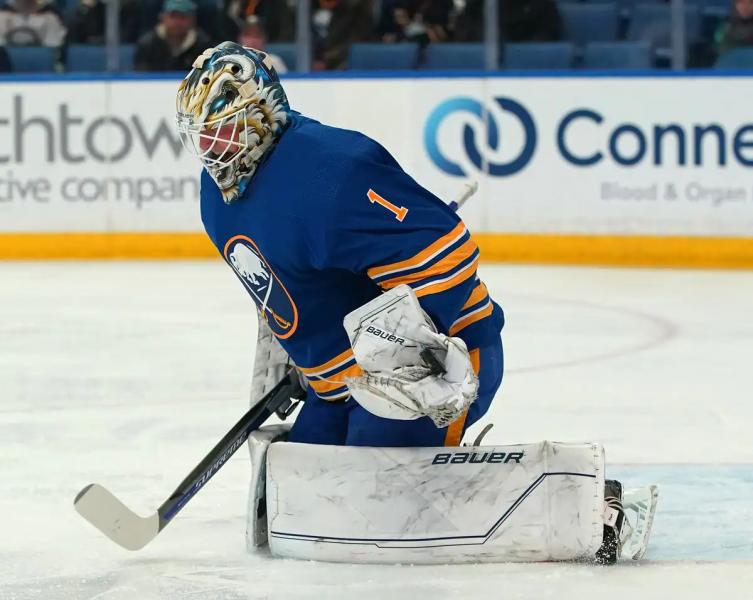 Keeper Ukko-Pekka Luukkonen, who could be called upon to take on more responsibility this season, signed a two-year contract extension with the Buffalo Sabers on Wednesday. < /p>

The 23-year-old Finn is the fourth goaltender under contract with the Sabers to play in the National Hockey League, but the organization did not specify whether the agreement was one- or two-way. He will average $837,500 per campaign.

In addition to Luukkonen, who made his league debut in 2020-21, Buffalo will be able to count on Eric Comrie, Craig Anderson and Malcolm Subban ( injured) next season. Veteran Ben Bishop is on the long-term absentee list.

Luukkonen went 2-5-2 with a 2.74 goals-against average and save percentage. .917 efficiency last season. He also played 35 games in the American League, with the Rochester Americans.