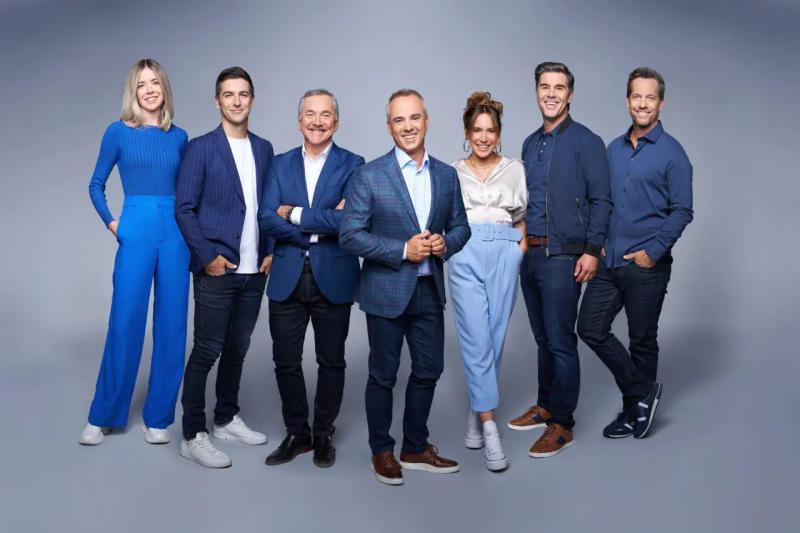 The “Salut Bonjour” team will begin its 35th season this Monday at 6 a.m. by welcoming the weekend gang to its set. This is a great first.

Gino Chouinard, who has been the captain of “Salut Bonjour” for 16 years, will be accompanied this season by Patrick Benoit at the traffic, Sabrina Cournoyer in culture, Géraldine Lamarche in weather, Georges Pothier in news, Mathieu Roy in social media and Charles-Antoine Sinotte in sports.

Several new collaborators will also join the show, which remains year after year the most watched on conventional channels. This is the case of the expert in relational support Louise Sigouin of the docu-reality “If we loved each other”. For the “9:1/4” segment, four collaborators will be added, namely actor and storyteller Michel Barrette, biology expert and great sage Boucar Diouf, canine educator Gabrielle Scraire and astronaut David Saint- Jacques, who is also an astrophysicist, doctor and engineer.

Eve-Marie Lortie, who has hosted “Salut Bonjour weekend” for 11 years from Quebec, will also be entitled to new collaborators, including Félix Rondeau on the weather forecast as well as Hugo Langlois on the web chronicle and social networks. Christian-Marc Gendron will also join the list of contributors to the “9:1/4” segment. The weekend team will also count on the services of Alexandre Dubé on news, Jean-Michel Bourque on sports and by Annie-Soleil Proteau on cultural news.

This Monday, September 5, on the occasion of the first meeting of the weekday and weekend teams, chefs and sommeliers will be on hand to announce a big premiere, we promised. For their part, the contributors to the “Maison & Family” and “Trend & consumption” will present the files and issues they will be addressing this season.

The program “Salut Bonjour” is presented Monday to Friday from 6 a.m. to 10 a.m., on TVA. “Salut Bonjour weekend” occupies the same time slot every Saturday and Sunday.