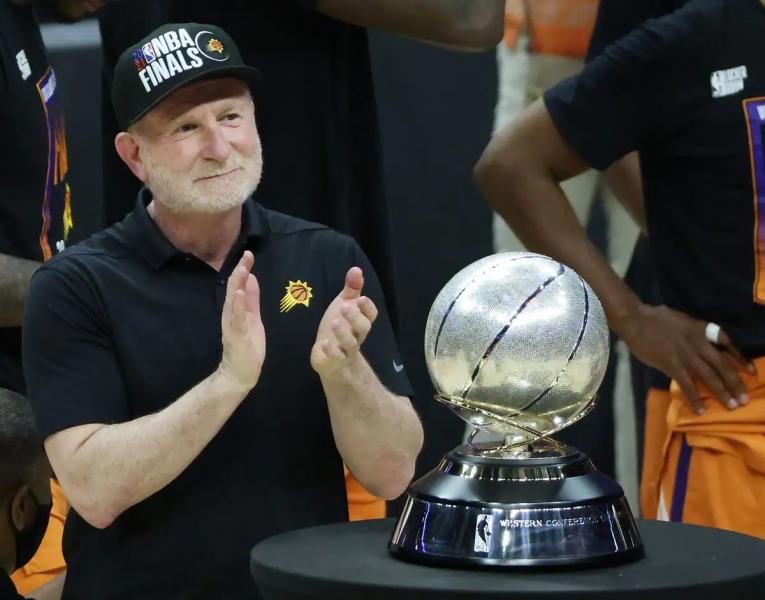 “Our League was wrong”, “sanctions not up to par” … The NBA's decision to suspend Phoenix Suns owner Robert Sarver for one year for racist and misogynistic behavior has been deemed insufficient by basketball stars American LeBron James and Chris Paul.

Almost a month before the start of the season, the North American Basketball League (NBA) is facing a new controversy . After an investigation, the NBA imposed a one-year suspension and a fine of ten million dollars (EUR 10 million) on Sarver, owner of the Suns but also of the Mercury, Phoenix franchise playing in the WNBA Women's League.

Concretely, the 60-year-old businessman remains the owner of the two franchises, but can no longer run them during this period, nor attend meetings or even frequent the facilities of the NBA and the WNBA.

< p>In question, his racist and sexist behavior, first revealed by the American television channel ESPN in November 2021, which was based on the testimony of more than seventy Suns employees.

< p>The independent investigation commissioned by the NBA subsequently established that Sarver had “clearly violated” the rules of good conduct of the professional world and the League. He had in particular pronounced at least five times “the word nè ***”, but also said to one of his employees, when she was pregnant, that she could no longer do her job properly if she became a mother.

He is also accused of having had an attitude of harassment, sexually connoted language and of having said “words that do not take racial sensitivities into account”, according to the conclusions of the investigation .

But according to NBA and Los Angeles Lakers star LeBron James, the “League got it wrong” in the degree of its sanction. “This kind of attitude has no place in this league, he wrote on his Twitter account. I love this sport and I deeply respect the leaders (of the NBA). But it's not okay. Misogyny, sexism and racism have no place in the workplace. It doesn't matter if you own a team or play for it.”

behavior. I love this league and I deeply respect our leadership. But this isn't right. There is no place for misogyny, sexism, and racism in any work place. Don't matter if you own the team or play for the team. We hold our league up as an example of our values ​​and this aint it.

In essence, it is a difference in treatment that criticizes “King James”, due to the status of Sarver, also a minority shareholder of RCD Mallorca, a football club playing in the Spanish first division.

Even within the Arizona franchise, the NBA's decision goes badly. “I, like many others, have been made aware of the report,” Suns point guard Chris Paul wrote on Twitter. I was and am horrified and disappointed by what I read. This attitude, particularly towards women, is unacceptable and must not be reproduced. I'm of the view that the penalties were no match for what we can all consider to be atrocious behavior.”

I am of the view that the sanctions fell short in truly addressing what we can all agree was atrocious behavior. My heart goes out to all of the people that were affected.

Before Sarver, the Sterling case

Asked about the severity of the penalty, NBA boss Adam Silver fully embraced the decision: “The behavior (of Mr. Sarver) is indefensible and I think we have shown fairness.”

< p>“I have no right to remove him from this franchise,” said Mr. Silver.

However, there is a precedent: in 2014, the NBA banned Donald Sterling for life, so owner of the Los Angeles Clippers, after the publication of private recordings in which he made racist remarks.

The NBA had forced him to sell his franchise and pay a fine of 2.5 million dollars, four times less than the ten million that Mr. Sarver must discharge and which constitutes the maximum financial penalty authorized by the rules of the NBA.

Higher on the west coast, the Portland's basketball operations president, Neil Olshey, had been fired in December 2021 for establishing a toxic work environment within n of the Oregon franchise.