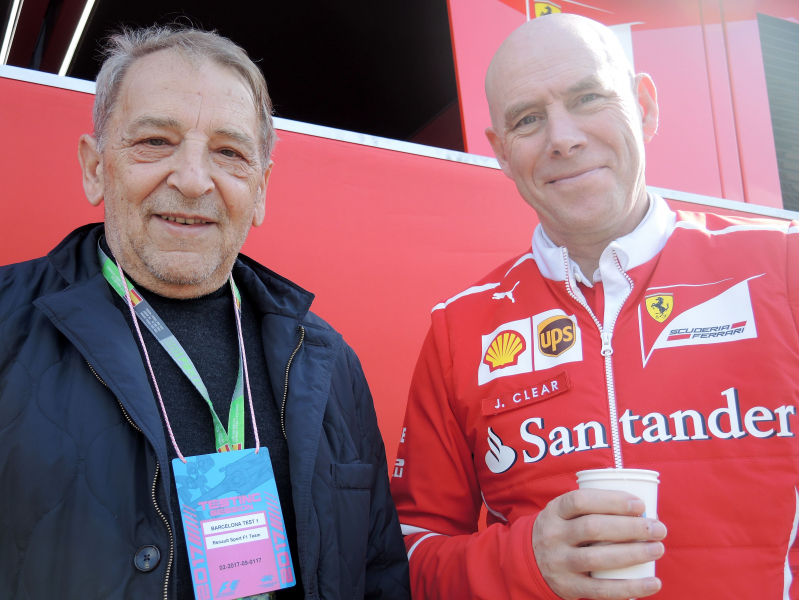 “It doesn't make us any younger,” exclaimed Christian Tortora, when he was reminded of Jacques Villeneuve's feat 25 years ago at the Jerez de la Frontera circuit in Spain.< /strong>

This veteran journalist, now retired, remembers it as if it were yesterday, this incredible weekend, he who first followed the career of Gilles, Jacques' father, from 1977, in Formula 1.

“If it hadn't been for his accident, Gilles would have been world champion, and more than once. But hey, Jacques made his father's dream come true,” says Tortora, attached to his residence in the south of France.

“In Jerez, it was crazy, adds Torto. But what I remember is how, at the time, the boss of Ferrari, Jean Todt, could scheme. All means were good to make Michael Schumacher win.

“But, in the end, Jacques Villeneuve behaved like a champion by avoiding all the obstacles that had arisen in front of him. He took a risk by attempting a daring overtake on Schumacher, but his gamble paid off.

“I also remember the magical atmosphere that reigned in the press room and the reaction of the journalists when Jacques managed to overtake the Ferrari. I have rarely heard cries like this during my long career, especially when it was realized that Schumacher was going to have to abandon the race.

“Jacques managed to beat a big machine [read Ferrari] who had adopted sometimes dubious strategies to destabilize him. »

Tortora makes no secret of saying that he was never a big supporter of Schumacher, despite his seven F1 titles.

“I'm not ashamed to say that he was always the first to send others up in the air, and he did it time and time again. The way he behaved was not correct”, he underlines.

“I can give you the example of Damon Hill in 1994, but there are has others too, says Tortora. Remember at the Monaco Grand Prix [in 2006], where Schumacher stopped his Ferrari in front of a guardrail to prevent his great rival at the time, Fernando Alonso, from taking the lead. »

On the sequence, we can clearly see the German driver locking the wheels and giving some strange jerks at the end of the qualifying session before coming to a standstill and causing a yellow flag, forcing the other drivers, including Alonso, to ease off. .

At a press conference, some journalists tried to challenge him, but without success.

“I locked my wheels and came out of the corner wide,” Schumacher claimed. .

“Michael, do you think you cheated today?” he asked the German.

The latter replied: “I wonder why you are asking me such a bad question. I find it very harsh and irrelevant. If you were in my place as a driver, especially on a track as complex as Monaco, this question would not occur to you. »

However, his behavior did not escape the vigilance of the marshals, who forced him to start from the last place on the starting grid. Starting 22nd, he finished in fifth place after a brilliant comeback.

As a reminder, at the Grand Prix from Australia in 1994, the last stopover of the season, Schumacher pointed his single-seater at that of the Briton and caused an accident which will allow him to win a first world championship.

As in Jerez, Schumacher held a one-point lead over his most serious pursuer. But this time, three years earlier, Hill was not as lucky as Villeneuve.

“I try to follow Formula 1, but sometimes I find the races boring. So much so that I fell asleep in front of my screen at the recent Japanese Grand Prix,” said Tortora, who will celebrate his 79th birthday on December 5.