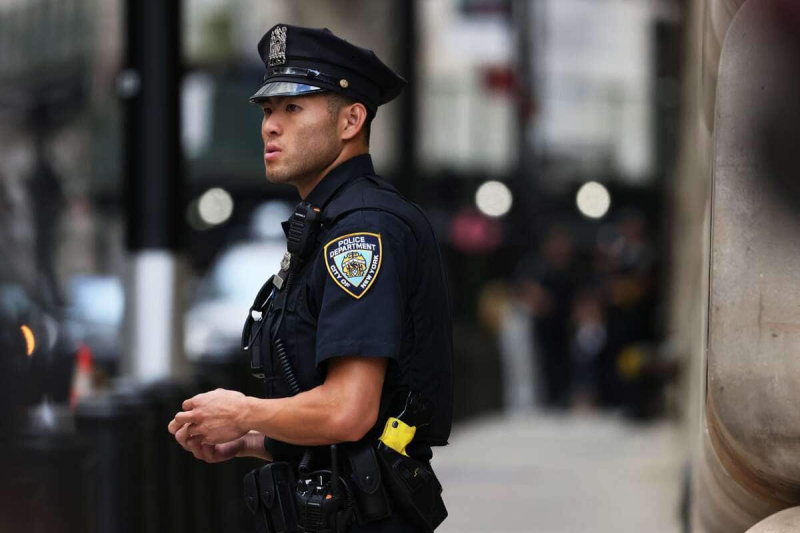 Doug Emhoff, husband of US Vice President Kamala Harris, called on Wednesday to tackle an “epidemic of hate” in the United States, during an event on the fight against anti-Semitism, when New York justice announced that it had foiled an anti-Jewish “terrorist attack”.

“I am proud to be a Jew. I am proud to live openly as a Jew. I am not afraid. I refuse to be afraid,” he said during a White House roundtable with representatives of the Jewish community and officials.

“Our country is facing an epidemic of hate. Let me make it clear that words matter. People are no longer content to say out loud what they think quietly. They are screaming it, literally,” lamented Doug Emhoff, who plays an increasingly public role in mobilizing against anti-Semitism for the White House.

First Jew and first man in this role of husband of a vice-president, the “Second gentleman” participated in receptions at the White House for the holidays of Hanukkah, Rosh Hashanah or Passover.

“For me, the conversation (about anti-Semitism) is not over, it has only just begun,” he said.

On Friday, President Joe Biden had a firm condemned anti-Semitism in a context of alarming trivialization, according to experts, of anti-Semitic remarks and incitement to hatred from influential personalities on social networks.

In New York — home to the largest Jewish community in the world outside of Israel — Manhattan District Attorney Alvin Bragg announced that a “terrorist attack on the Jewish community” had been foiled and two young men had been charged.

Christopher Brown and Matthew Mahrer, both in their twenties, were arrested in November at Penn Station in Manhattan carrying or having in their home a firearm, ammunition, knife, an armband with a Swastika and a ski balaclava.

Mr Brown was notably charged with “terrorist crime” and “terrorist threat” after posting threatening messages on Twitter such as “I will ask a priest if I should become a husband or shoot a synagogue and die”.

“This time I'm really going to do it,” he wrote again, according to New York prosecutors.

“A horrific tragedy was averted thanks to the diligence, hard work and coordination between my services and our law enforcement partners at the local, state and federal levels,” said Prosecutor Bragg, quoted in a press release.

According to the American organization for the fight against anti-Semitism Anti Defamation League, in 2021 the United States experienced a record number of 2,717 anti-Semitic acts (assaults, verbal attacks, material damage …), an increase of 34% over one year.

During the roundtable at the White House, the CEO of AJC leader Ted Deutch called for the creation of a task force “to create a national action plan to combat anti-Semitism,” according to a statement from the organization.

Experts are concerned to witness a trivialization of anti-Semitic rhetoric, relayed by personalities such as rapper Kanye West, who for example recently launched several times: “I love Hitler.

Former President Donald Trump has sparked outrage for hosting a dinner party at his Florida home attended by white supremacist Nick Fuentes who questioned reality of the Holocaust.