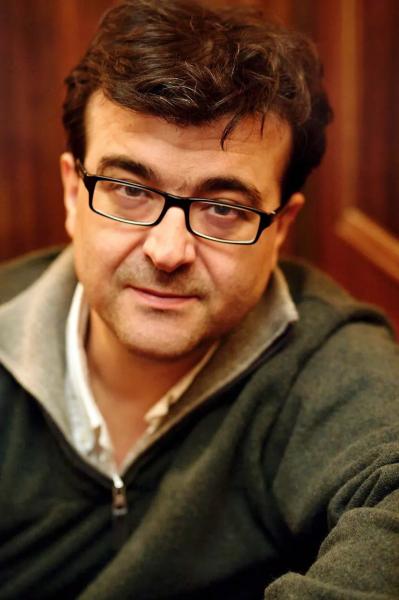 By offering us Independence, the Spanish writer Javier Cercas continues the trilogy begun in 2019 with Terra Alta. That said, it is not necessary to have devoured the first volume to appreciate this sequel… which can be read independently!

Spanish writer Javier Cercas has long written books with a very important historical side. We think in particular of Soldiers of Salamis, Anatomy of a Moment, The Imposter or Monarque des ombres, all published between 2001 and 2017. But with Terra Alta, the first volume of a trilogy whose hero, Melchor Marín, is a cop, we can say that he changed his tune.

“In truth, all my novels are detective novels, explains Javier Cercas, who speaks in really impeccable French. In a way, they always include a riddle and a character anxious to decipher this riddle. But it is true that here, the police atmosphere is clearer. I needed to renew myself, to reinvent myself as a writer because I didn't want to repeat myself, to become a simple imitator of myself. »

So make way for Melchor Marín, a tough and obscure protagonist whose prostitute mother was brutally murdered when he was still a kid.

« I had in mind this character from working-class neighborhoods and at first, I didn't know he was going to be a cop, specifies Javier Cercas. But at one point I wondered which book would change it completely and the answer was Les miserablesby Victor Hugo. Melchor will read it during his one and a half year stay in prison and this book will put a mirror in front of his eyes, allow him to discover who he is, to discover his vocation as a cop. »&nbsp ;

Because as surprising as it may seem, Melchor will not identify with the ex-convict Jean Valjean, but with Javert, the intractable policeman. By being as tenacious as him, perhaps he will be able to achieve what the cops of the time were unable to do: find the murderers of his mother.

So this is how Melchor himself will become an intractable policeman. And in Independence, the second part of his adventures, he will be asked to return to Barcelona for some time to lend a hand to colleagues.

Virginia Oliver, the mayoress of Barcelona, ​​is indeed the victim of blackmail: if she does not pay the 300 000 euros requested, she is threatened with making public an amateur video of a sexual nature which would have been filmed many years earlier. Which, of course, would ruin her career as a politician forever.

“It's not a political book, but it still has a political dimension,” says Javier Cercas. There are toxic political and economic elites everywhere, and democracy was invented to fight against them. If the heart of this second opus is a sextape, it is because sexual blackmail helps to describe the way these elites operate and the impression of impunity they give. The plot is set in Catalonia, but it could happen anywhere. She is full of fury against these elites, against these people who use power and money to break the law. ”

The cause of women

Even if he now dreams of working in a library as his wife did, Melchor will throw himself headlong into this new investigation which will lead him into the upper echelons of Catalan society, all the mayor's advisers belonging to to the big bourgeoisie. But does that automatically make them good people?

Unlike us, Melchor will not be lucky enough to be able to follow the confessions of a man who once knew Virginia Oliver's right-hand men in parallel from the start. And what he has to say about them is far from being pretty pretty.

« For me, the Melchor Marín series is divided into three different books, autonomous, but which are part of a larger novel, adds Javier Cercas. One of the essential subjects of this novel is violence against women. Melchor's mother was murdered, his wife was murdered… The great revolution of our time is that of women. After being submissive, secondary for the other half of humanity, they said stop, things have to change, we want to be equal to men. There is still enormous violence against women, which is unacceptable. But today, at least, we are aware of this violence. When I was young, it was an issue that was not even talked about in the media. ”