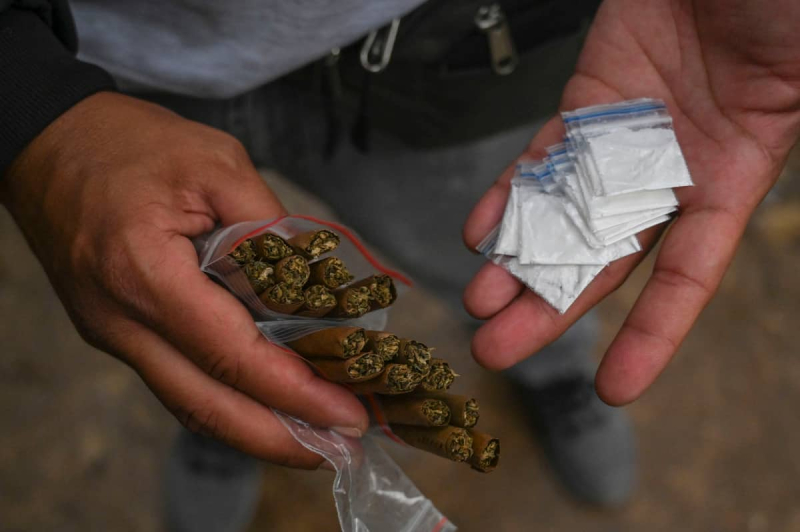 'My dad shouldn't be portrayed as a success story because he never got to enjoy anything,' the ex-drug lord's son said on Thursday Pablo Escobar, regretting that many young people dream of following in the footsteps of his father, glorified in a series on Netflix.

Invited by the municipality of Santiago to a Council for Transparency, Sebastian Marroquin strongly criticized the “narcoculture” that, according to him, the media and series such as “Le patron du mal” advocate.

“ Today, 30 years after his death, Pablo Escobar generates more information than during his lifetime,” he said during a conference in the Chilean capital.

He deplored the glorification of criminal activity and the character of Pablo Escobar, saying that today “many young people write to me saying: I saw the film, I saw the series and I want to be like your father”.

Sebastian Marroquin, born Juan Pablo Escobar, adopted this identity at the age of 16 when he and his family fled to Buenos Aires after the death of Pablo Escobar, the late leader of the Medellín cartel killed by Colombian security forces in 1993.

“My father should not be held up as a success story because he never got to enjoy anything that is. I feel much richer than my father because I am a free man,” he said, adding that he is now friends with most of the children of drug traffickers who were his father's enemies and asked forgiveness to hundreds of his victims.

Asked about how he thinks we can put an end to drug trafficking and the violence it generates, he said he was in favor of legalizing drug use narcotics, because “the whole machinery of prohibition has generated this context”.