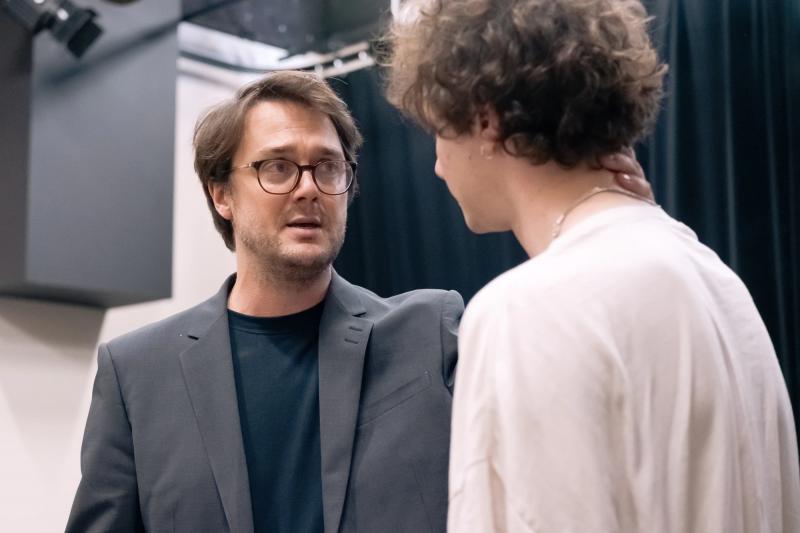 Vincent-Guillaume Otis returns to his first love this fall by performing in the play The Son at the Théâtre du Rideau Green.

The comedian who starred in the television series District 31 for six years had not walked the boards since 2018, when he was took the stage in L'orangeraie, at the Théâtre Denise-Pelletier.

“It was time for me to start over and it feels good, because I consider myself first and foremost as a theater actor, he confides in a telephone interview. I studied that. It's my primary job.”

However, he realized that he was a little rusty during his first rehearsals.

“I felt like I had lost my bearings. The theater requires total involvement of the body, from the tip of the toe to that of the hair. In cinema or on television, it is the camera that decides. It's not the same report.”

“It looks like I didn't know what to do with my hands, where to look, but it came back. Being a theater actor, you can't learn that on the job. It's very technical.”

He who has been working in the industry for nearly 25 years is nevertheless well supported thanks to the experienced director René-Richard Cyr, with whom he has worked several times.

“It is soothing and reassuring,” says Vincent-Guillaume Otis. I can confidently surrender myself to him. Without disparaging anyone, René-Richard is probably the greatest director of actors in Quebec. His great strength is to accompany the actor. Whether you play the leading role or the one who opens a door, he will collaborate with you with the same rigor and intelligence.”

Written by Frenchman Florian Zeller, Le Filstells the story of a teenager who goes through a bad patch and who moves away from his divorced parents. He will move in with his father who has rebuilt his life with a younger spouse, with whom he had a child. This is the third installment of works on family relationships which also includes The Mother (2010) and The Father (2012) by this author.

Vincent-Guillaume Otis takes on the role of the father.

“It's a first for me to play a man who has to manage a teenager and who has a lot of family and professional responsibilities, says this father of three children. I do it with great pleasure.”

He points out that this work touches on very current themes such as the depression and anxiety experienced by the son, the feeling of guilt carried by the parents who are trying somehow to do their best and the obstacles linked to blended families.< /p>

“It's a moving piece of great intelligence,” he says. It's not moralizing. We are not in a light comedy. It will be an emotional challenge to wear this night after night.”

Émile Ouellette, who has just left the National Theater School, slips into the skin of the son. In rehearsals, Vincent-Guillaume Otis tries to reproduce with him what he had experienced twenty years ago as a very young actor with Jean-François Pichette, who was older than him.

“I am inspired by how Jean-François had been with me,” he said. He was very supportive, but not paternalistic. He was open and vulnerable, but very determined thanks to his experience.”

“I'm not trying to show Émile what the job is,” he adds.

His years of work have made him realize something that could serve as advice for his young colleague and which applies to many other fields.

“I have lived long enough to know that 'we are always better than we think and not as good as we think,' says Vincent-Guillaume Otis. It is with this attitude of “neither too high nor too low” that he intends to take up this new challenge.

♦ The Son< strong> is presented at the Théâtre du Rideau Vert from September 27 until October 29.