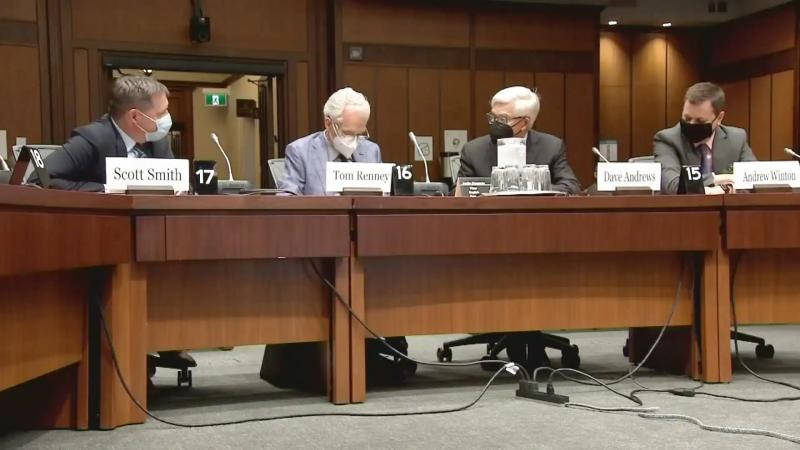 There are no other options. The people in power, those who demanded an investigation into the day-to-day management of Hockey Canada, have enough evidence to clean up.

The organization's decision-makers acted as unscrupulous people, they covered up scandalous events and, in addition, they took part of the money paid by the parents of young skaters participating in the activities of all the leagues in Canada to secretly settle the events of London in 2018 .

There is talk of sums approaching 10 million dollars in compensation to obtain the silence of the victims.

These decision makers – including Chairman of the Board, Scott Smith, President Tom Renney, and finance nominee Brian Cairo – have produced a flurry of testimonials that have raised the ire of stakeholders.

With all we can learned in the past few weeks, can we leave this organization in the hands of such incompetent people, people who have tarnished the reputation of hockey in Canada?

No wonder sponsors, day-to-day operational partners, and the Canadian government have put all financial contributions on hold, initially.

An ego more important than sport

Are there candidates to take over?

Some will show up. Others will be approached.

But we have no room for error. We must restore the image of an organization soiled by scandals.

A heavy mandate awaits those who want to take up this challenge, but a mandate that can serve as an example for other sports. Sport Canada must not escape this purge.

The leaders of the Canadian surprised everyone by entrusting Stéphane Robidas with the position that Luke Richardson filled with great distinction. An astonishing choice, but which demonstrates that the organization's decision-makers are doing their duty. They inform themselves, they ask questions, they analyze all the situations, then they take stock and the decision is made.

Robidas will bring the Canadian the experience of a long and successful career. He worked hard to reach unexpected heights. Many of these players who have had to defy adversity every day to maintain their status have this ease of communicating with young players. They know how to share their experience, how to help a young person improve.

I had thought at some point that Martin St-Louis, no doubt under the recommendations of Jeff Gorton and Kent Hughes, would direct his research towards a career coach, a former National League coach. On the one hand, he would have filled an important position, that of coach of the defenders, and also he would have benefited from the advice of a coach who knows the job well. But St-Louis affirmed that Robidas has all the qualities to help the Canadiens progress, especially with several prospects in the defensive squad.

A surprising choice… and thoughtful!

Joe Sakic would have liked to keep Nazem Kadri in the fold of the Stanley Cup champions, but once again, the salary cap does not allow the Colorado Avalanche to financially accommodate the center player.

Joe Sakic must think in terms of the next few years. He knows that next year, the negotiations between the organization and Pat Brisson, the agent of Nathan MacKinnon, will hold all the attention. He will have to pay a colossal sum. Be careful, however, there are still teams trying to create a financial package to convince Kadri. But the exercise takes time.

For the moment, Lou Lamoriello, the big boss of the hockey sector at the New York Islanders, is conducting tight negotiations and the file is progressing. We would be surprised if the center player does not accept offers from the Islanders.

Since the end of last season, Lamoriello has been pretty low key, with the exception of course for the acquisition of Alexander Romanov. For the rest, the Islanders' two main opponents in the greater New York area, the New Jersey Devils and the Rangers, have been very active.

With last year's disastrous results, Lamoriello must quickly get the Islanders back on track. The departure of Barry Trotz has been harshly criticized. What has he done to improve his team in attack?