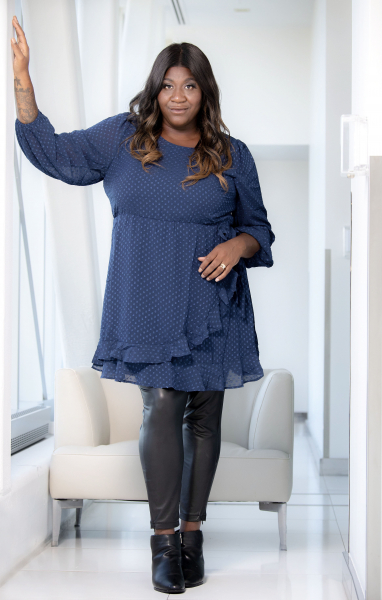 After a long detour to the small screen as an actress and host, Mélissa Bédard returns to her first love: music. The singer is currently walking My mother always sang– a first tour in more than four years – across the province. “The stage is my home. I miss her if I stay away from her for too long,” she says.

At the end of the line, Mélissa Bédard struggles to remember her last tour in good and due form, estimating that “four years ago… if not five her last series of concerts.

Admittedly, she took the stage here and there to put on a show from time to time during this period. But never more than a handful of performances at a time.

“Singing for me is vital. The stage is my therapy, it's where I can give 100%, put my guts on the table, channel my emotions and feel like I've just come out of a two-hour session at the shrink. , she says, laughing.

Not that she was idle. Her fans know it well, the one we met at Star Académie10 years ago now declines her career on different fronts: there is music, of course, but also regular television appearances, both as an actress and as a host. So much so that Mélissa Bédard no longer feels the need to claim one title over another, satisfied with the plurality of her art.

“I am often asked if I consider myself a singer, an actress or a host. And I never know what to answer. So I say that I am Mélissa, quite simply. I am me”, she declares.

But these days, it is the singer's hat that she wears with her tour My mother always sang, initiated at the beginning of the month. As the title suggests, Mélissa Bédard concocted an evening of nostalgia for her fans, drawing on her memories – and those of her audience – to build the skeleton.

On the program, titles borrowed from Julie Masse, Marie Carmen, Bruno Pelletier and Richard Desjardins as well as Bon Jovi, Britney Spears and Elvis Presley. Yes, at first glance, these titles seem to form a variegated, even disjointed menu. But it would be very wrong to know Mélissa Bédard – and her director, Denis Bouchard – to believe that she would deliver them pell-mell, in a draft formula.

“There is a guideline “, she assures.

Indeed. The show therefore opens with a return to her beginnings, among others with Il me dit que je suis belle, a title she had delivered in duet with Patricia Kaas on the stage of Star Academy. Then follows Mamy Blue, of which she had laid a cover on her first album.

The rest of the evening is then based on different segments of her life, including a potpourri of titles by Luc Plamondon, evoking her childhood with her mother, who unfortunately died when the singer was only 10 years old.

“It's my way of honoring her, of feeling her near me,” she breathes.

But this framework is by no means totally rigid, being called upon to evolve and transform over the coming months. Because Mélissa Bédard is currently putting the finishing touches to her next album, expected in early 2023, whose pieces will be added to the program of her shows.

If the singer prefers to keep certain details of this disc silent, she still confides that she started writing lyrics for the first time in her career. With the complicity of her longtime musical director, Roby Talbot, Mélissa Bédard has produced three original songs. The first one will deal with self-esteem – its hobbyhorse for quite some time now –, encouraging women to accept themselves as they are.

“It's a song that I wrote for my daughters, for my friends, for my cousins, in short for all the women around me. I would so much like to encourage them to stop comparing themselves to others and just love themselves as they are,” she pleads.

Another original song will deal with.. medical assistance in dying. A thorny subject – she concedes -, but the taboo of which she seeks to break down by tackling it head on.

“I know that some people are against this practice. But I find that there is something very beautiful in the idea of ​​ending your life on your own terms, of being able to leave surrounded by love,” she says.

And the third song? We'll have to wait for the release of the album to find out more…

► The tour My mother always sang will stop at the Cabaret du Casino de Montréal on October 27 and 28.