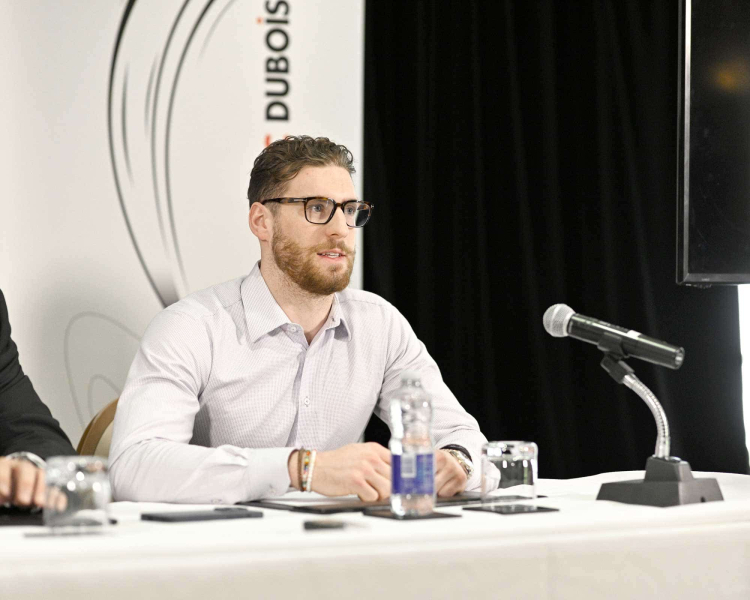 So goes Pierre-Luc Dubois, so goes the Winnipeg Jets. It's an expression that fits well with the season that the Quebec forward is currently experiencing.

Dubois had an exceptional first half of the season with 49 points, including 20 goals, in 44 encounters. It also features a differential of +9.

His contribution allows the Winnipeg Jets to be first in the Central Division ahead of the Dallas Stars. The Quebecer couldn't ask for a better scenario, as he will be looking for a new contract at the end of the current campaign.

When asked the question, we felt a certain uneasiness in him. It's normal. He doesn't want his contract situation to bother him during his excellent season.

“When a player is 17 years old and he arrives at his draft year, we say that it is the biggest season of his life, he explained. All seasons are important.

“Whether I have a one-year contract or an eight-year contract, I have one goal and that is to win the Stanley Cup. It's a season like any other for me. »

Since the beginning of his career, Dubois has been looking for this famous consistency that is so difficult to obtain. This season, she is there.

Barring a major injury, he should surpass his season-high 61 points recorded in his second season with the Columbus Blue Jackets. The main interested party has even higher goals.

“I always want to become a better player, mentioned Dubois. I know what level I can play and the player I think I can become.

“I don't set myself any limits. My goal is to perform for 82 games. 82 games is a long time. It's not easy to be consistent.

“On the other hand, this season, I have taken another step in my consistency. No matter how I feel, I try to find a way to help my team win every night. I took a step in the right direction at this level. »

During the Canadian's visit to Winnipeg last November, head coach Rick Bowness made the decision to separate the duo of Dubois and Kyle Connor.

At the time, Connor was struggling to find the back of the net and Bowness was looking for a way to revive him. You have to believe that the coach was right. Dubois and Connor are back together and they're running full steam ahead. Nikolaj Ehlers enriches the duo.

“A center player must be able to help everyone who is on the ice whether it is defensemen or wingers with whom I have never played”, has mentioned Dubois.

One thing is certain: if he continues to play the same way, he will silence his detractors. The Jets will be able to aspire to great honors and his next contract will be huge.