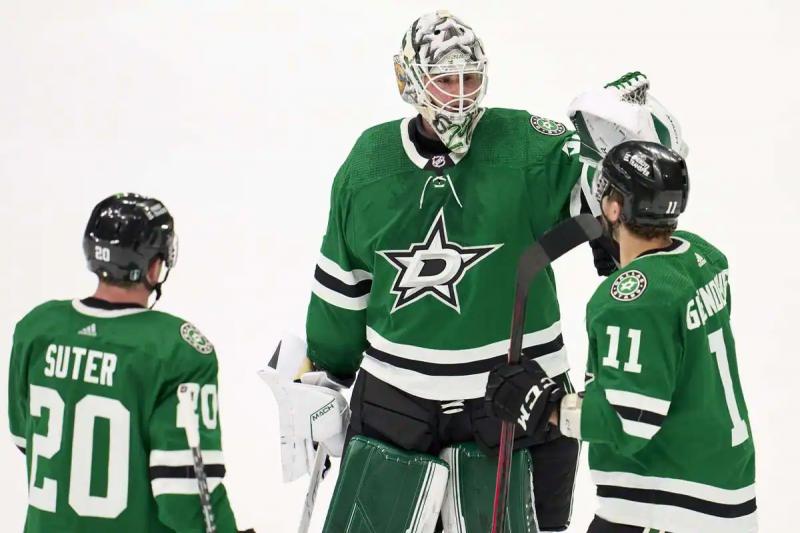 A restricted free agent, the 23-year-old goaltender had saw his entry contract into the National Hockey League (NHL) come to an end at the end of the last campaign.

The American proved in 2021-2022, his second season on the Bettman circuit , that he could be considered the goalkeeper of the future in Dallas. He went 30-15-1 with a 2.53 goals-against average and .914 save percentage.

“Jake's performance spoke for itself last season,” general manager Jim Nill said in a statement. He has the physical skills and presence in net reserved for the elite, in addition to showing phenomenal mental strength in high-pressure situations.

Oettinger, a first-round pick (26th overall) in the 2017 draft, made his NHL debut during the 2019-20 playoffs. He shared the net with Anton Khudobin the following season, showing that he had what it took to succeed the veteran.

The arrival of former Vezina Trophy winner Braden Holtby did not affect his confidence, even though he had to play a few games in the American League, spending twice as much time in net as the former Washington Capitals.

“Jake's calm and his personality made him a leader in our locker room,” Nill continued. He has proven he has the talent, work ethic and attitude to excel in the NHL. He was a key part of our success last season and we're happy to see him continue to improve here in Dallas.”

Youngest goaltender in Stars history to reach the 30 goals, Oettinger will be tied to the team through 2024-2025.

With this signing, the Texas team has approximately $6 million available under the salary cap to sign forward Jason Robertson, who also achieved self-reliance with compensation.