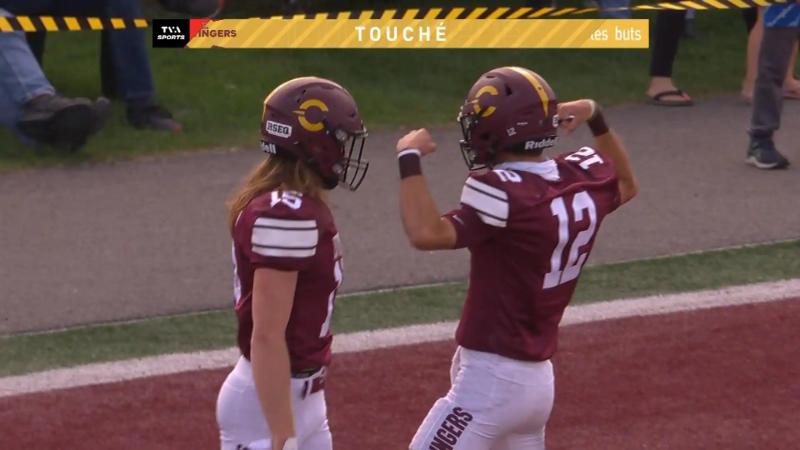 A Stingers-inspired second half saw them beat the McGill Redbirds 42-16 on Saturday at Concordia Stadium.

The hosts struggled somewhat to find their way to go in the first part of the match. Trailing 16-14 at halftime, the Stingers opened the floodgates and went 28 unanswered.

Unsurprisingly, the source of the winners' offensive prowess was the quarterback Olivier Roy. He had 352 passing yards while completing 25 of his 36 stints, in addition to adding two touchdowns on the ground.

The six major winners were scored this way. Adrien Guay was particularly prolific near the pay zone. He rushed for just 17 yards on seven carries, but had two touchdowns.

Dwante Morgan and Frank Tchembe also added six points to the board on a run.

The Stingers had started the meeting in the worst way imaginable. Kevin Foster fumbled the ball on the first kickoff return of the game, and Skyler Nixon jumped on the object to put his team in scoring position. The Redbirds, however, had to settle for a placement, managed by Antoine Couture.

Jeremy Langevin caught the only touchdown pass of the game from Eloa Latendresse-Regimbald. The pivot of the Redbirds had a mixed match, victim of two thefts. He threw for 197 yards and hit the target on 12 of 21 stints.

Both teams had yet to taste victory this season. The Stingers (1-2) thus overtook the Redbirds (0-3) in the standings.