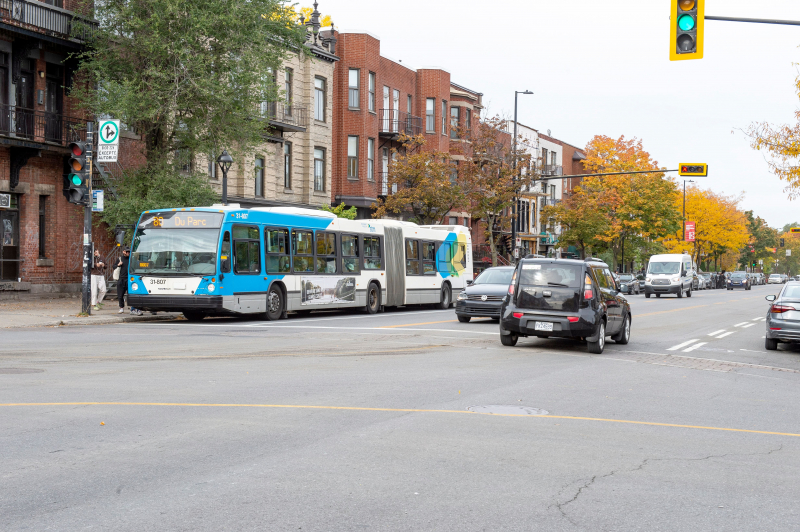 The Société de transport de Montréal had to apologize after going to court to prevent a citizen from obtaining a study it had already made public on the internet.

Paul-André Bouchard was amazed to discover last week that a study on bus lines that he had been trying to obtain for months was available on the government tenders website.

February 2021: The STM publishes in full on SEAO the study Improving the performance of public transport solutions on the Parc, Henri-Bourassa and Côte-des-Neiges axes. The document is still there.

However, a few hours earlier, the Société de transport de Montréal (STM) pleaded in court that it would be too “sensitive” to send it to him.

“This is a blatant example of a misuse of the Access to Information Act. It was the big machine to prevent [from giving] something that was already public,” laments Mr. Bouchard.

In May 2021, this citizen of Outremont was worried about seeing the car traffic diverted in the small streets, while the STM plans to set up a rapid bus service (SRB) on avenue du Parc.

He therefore made a request for access to documents to the transportation company to get a study they had on this SRB.

But the STM refused to send him the slightest line, arguing that it contained confidential information.

All the way to court

“Two days before the hearing, the STM lawyers said they would send me the study, but I realized that it was redacted,” says the Montrealer.

September 2022: After refusing to send the study to citizen Paul-André Bouchard, she gives him this copy with 20 of the 50 pages completely redacted.

Dissatisfied with this half-answer, he is therefore waiting to appear before a judge.

According to Mr. Bouchard, the hearing held last Wednesday was “incredible”.

“The STM lawyer said that there was very sensitive information,” he says. He told the judge that he could give him more detailed information if I was not present. And they disconnected me for 30 minutes. »

It was at the end of this hearing that Le Journal pointed out to Paul-André Bouchard that the document had been published in its entirety nearly two years earlier. early and that it was still available online.

Outraged, the citizen forwarded the study to the judge and the STM.

In a letter dated Friday, the lawyer for the STM, Me Étienne Shareck, said he was “surprised” that the study had already been made public and that he “did not know”.

“The STM being a large organization of more than 10,000 employees with more than 40 departments, there is sometimes a lack of communication between them as well as work in silos which unfortunately lead to a situation like the present one” , writes Mr. Shareck.

He apologized to Mr. Bouchard and to the judge “for all the inconveniences that this situation has caused”.

According to STM spokesperson Philippe Déry, there was no “willingness to withhold information”.

“There was an omission about the fact that this document had been added to the call for tenders, which is exceptional,” he says.