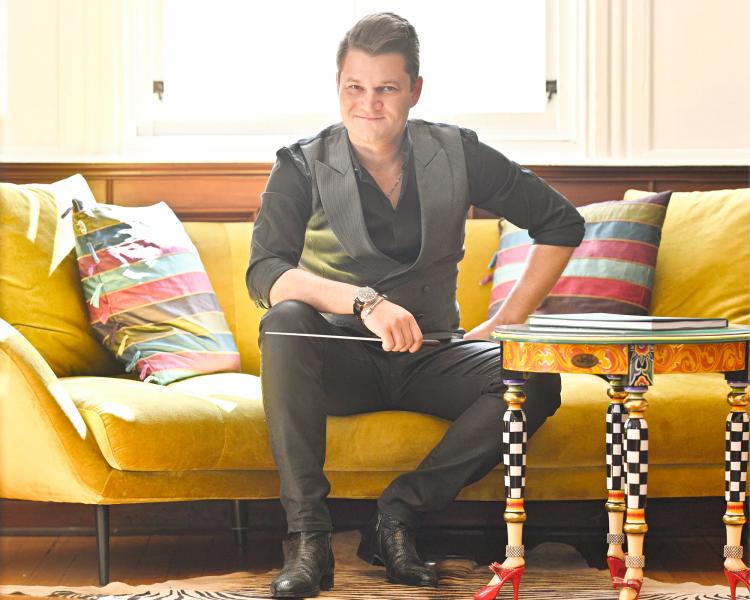 Conductor Alexandre Da Costa has made the Stradivaria Festival a family project. With his wife, Martine Cardinal, the duo has modeled, in 10 years of management, a festival in their image. The primary mission? Bringing classical music to places it doesn't usually go.

Singer-songwriter Claude Gauthier is at the origin of what has become over the years the Stradivaria Festival. Lover of classical music, the artist wanted to make this kind of music heard in his part of the country, the municipality of Lac-du-Cerf in the Laurentians. It was in 1998.

The Stradivaria Festival is in its 24th edition this year, but keeps the same vocation of accessibility as in its beginnings. A deep desire that is precisely part of the life mission of the internationally renowned artist Alexandre Da Costa.

“To democratize classical music and make it accessible to all has always been my mission, explains the one who was recently invited to play during the celebrations of the platinum jubilee of Queen Elizabeth II in London. It's our festival, we fight tooth and nail for it, we manage it as if it were ours. Decisions are always made in the spirit that the festival grows and flourishes. We act like our lives depend on it.”

Artistic director and conductor of the Longueuil Symphony Orchestra, Da Costa was delighted to make it the orchestra in residence of the Stradivaria Festival. Because for the 43-year-old chef, happiness lies in the mix of his implications and his commitments which quickly become very personal.

The whole month of July

After a strong start at the beginning of the month, the Stradivaria Festival continues until July 31 in 10 municipalities in the greater Hautes-Laurentides, Laurentides, Lanaudière and Mauricie regions. On the program: intimate concerts and other large-scale concerts bringing together nearly 70 musicians on stage.

Among the events not to be missed, the conductor points Stradivarius to Vienna, on July 21, at the Saint-Jovite church in Mont-Tremblant (the first official concert of the tour preparing to leave for Colombia and Brazil next August with the Longueuil Symphony Orchestra), the very intimate piano-voice concert by Isabelle Boulay on July 27 at the same location and the show by the classic pop vocal group EleMenTrio accompanied by the Stradivaria String Quartet from July 31 at the 'Eglise de Saint-Donat.

“I always want to try to do something new and merge styles, adds the owner of a Stradivarius, precisely! I want uniqueness and I always work to find something different. It is time for classical music to be desacralized and I want to be one of the first to do so. I shake the cage, sometimes not badly, but it has to move forward.”