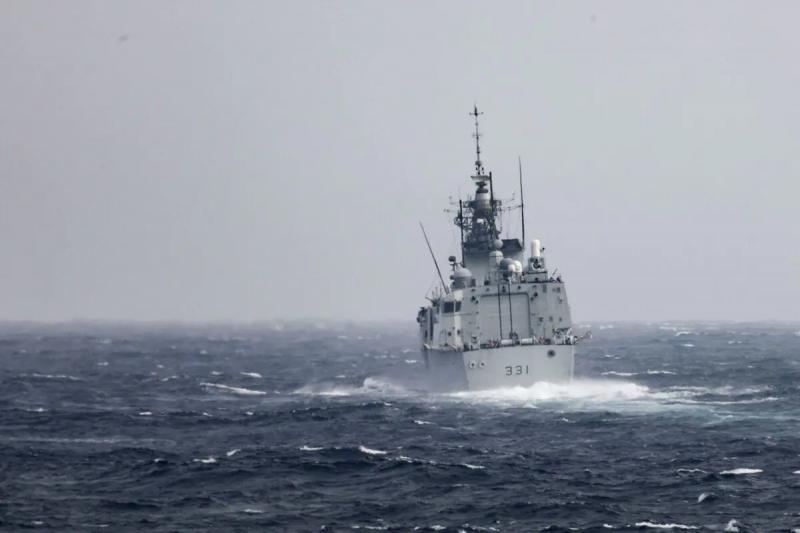 An American destroyer and a Canadian frigate sailed through the Taiwan Strait on Tuesday in a new joint operation aimed at cementing the route's status as an international waterway. < /p>

“The ship transited through a corridor of the strait that is beyond the territorial sea of ​​any coastal state.

Canada said HMCS Vancouver was on its way to join an ongoing mission to enforce UN sanctions against North Korea when it transited with the USS Higgins.

“Today's routine transit through the Taiwan Strait demonstrates our commitment to a free, open and inclusive Indo-Pacific (region),” Canadian Defense Minister Anita Anand said in a statement, employing a another term for the Asia-Pacific region.

Beijing believes that Taiwan is part of its territory and that the strait that separates the island from mainland China, which is one of the busiest shipping lanes in the world, belongs to it.

The The United States has long used “freedom of navigation” to navigate through this strait and counter Chinese claims. Western allies are increasingly joining these operations.

This new U.S.-Canadian military transit — the first in 11 months — came the day after President Joe Biden said that American troops could come to the aid of Taiwan in the event of a Chinese invasion.

Statements identical to three other previous speeches by the president, despite a long-standing policy of “strategic ambiguity” by the part of Washington, intended to avoid a Chinese invasion and to discourage Taiwan from provoking Beijing by officially declaring its independence.

After each of Mr. Biden's declarations, the White House affirmed that American policy vis -à-vis Taiwan had not changed.