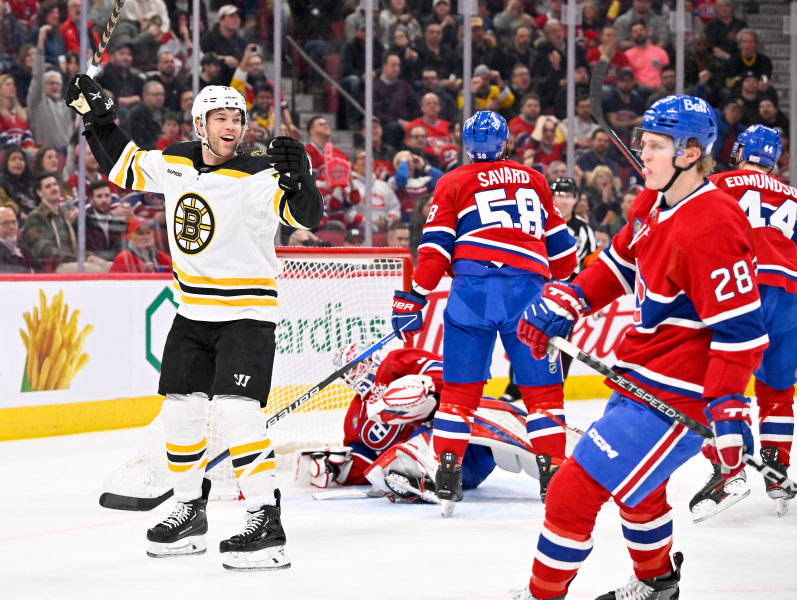 If the Bruins maintain their frenzied pace, they'll end the season with a record 139 points. They're going to break somewhere, you say? Possible. May be. But remember, we're talking about the same team whose start to the season wouldn't be easy without the presence of Charlie McAvoy in their ranks.

The star defenseman missed his team's first 13 games with an injury that dated back to last season.

And how did the Bruins fare during that streak?

< p>They kept a record of 11 wins against only two losses.

Nowadays, wins in ties are added to those earned in regulation time.

But don't say -we don't think any comparison is odious.

Nevertheless, whether we love the Bruins or hate them, they deserve our respect.

This is an organization that last drafted in the top 10 in 2011.

The Bruins picked Dougie Hamilton ninth overall. After three seasons in Boston, the defenseman was traded to the Calgary Flames. Three years later, he moved to the Carolina Hurricanes, with whom he also played three seasons before joining the New Jersey Devils as a free agent two years ago.

In 2014 and 2016, however, the Bruins drafted two players who rose to stardom in the National League.

That's called having a nose.

The Bruins aren't perfect either. They have done bad things.

In 2015, they selected Jakub Zboril at 13th, Jake DeBrusk at 14th and Zachary Zenyshyn at 15th. DeBrusk is the only member of the line to make it to Boston.

Since the year they drafted Hamilton, the Bruins have claimed the best record in the NHL in the regular season. Their record of 522 wins, 256 losses and 98 tiebreak losses gives them a .652 point average.

Want to know where the Canadiens stand? In 22nd position with an average of .530.

Well, the Bruins have only made the Stanley Cup Final twice in that 11 season; they have had the misfortune and loss on every occasion, the first time in 2013 against the Chicago Blackhawks and the second time in 2019 against the Saint Louis Blues.

Under Bruce Cassidy, the Bruins had four 100-plus seasons; they fired him after a 107-point campaign last year.

Reason: Other than a Finals appearance in 2019, the Bruins had never made it past the second round of the playoffs in the other five Cassidy's seasons as head coach.

His dismissal still raised a lot of questions in Boston. General manager Don Sweeney said Cassidy's direct approach and outspokenness had come to weigh on the players with the weight of years.

Today, nobody talks about Cassidy anymore. The Bruins are doing wonders under the tutelage of Jim Montgomery.

On a mission for Bergeron?

To see them go, the Boston team seems on a mission .

Captain Patrice Bergeron, who started talking about retirement after last season, could be on his last miles in the National League. And if there's one player his teammates would love to win for, it's him.

That said, there's still a lot of hockey to play and it's not a record season that would guarantee the Stanley Cup to the Bruins.

History says that of the 11 teams that have had 120-point seasons, only one has won top honors.

You guessed it that it's the Canadian of the 1970s.

Will we see that again in Montreal?