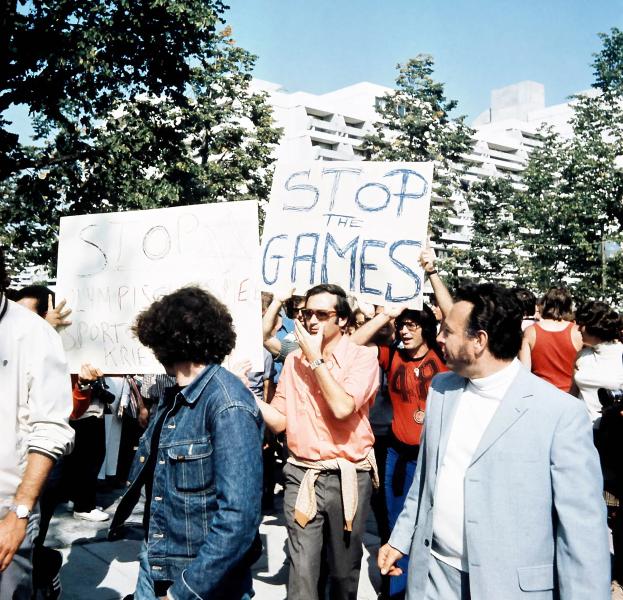 Half a century after the terrorist attacks by the Palestinian organization Black September that claimed the lives of 11 Israeli athletes and coaches, Dick Pound believes the International Olympic Committee (IOC) made the right decision to continue the Munich Games after a day of remembrance in memory of the victims.

Dick Pound at a conference in 2016 on doping.

Two athletes died on 5 September when hostages were taken in the residence where the Israelis were staying in the Olympic Village and nine others died the following day, when the intervention of the German security services turned into a fiasco when the terrorists were trying to flee by plane to Cairo.

Five of the eight terrorists were killed by German snipers and the other three were captured.

Deputy Head of Mission of the Canadian team in Munich in 1972, the Montreal lawyer who has been a member of the IOC for 45 years in various roles believes that we should send a message
to the terrorists.

“There was a lot of pressure from Israel to cancel the Games, but Canada believed we had to find another solution,” Pound said. The terrorists were not to win. After a day of meditation in memory of the victims, the Games resumed. »

“It was the best decision the IOC could make, to prosecute the former swimmer who took part in the 1960 Games in Rome, where he finished sixth in the 100m freestyle. The cancellation of the Games would have encouraged would-be terrorists that they could carry out further attacks knowing that the Games would be canceled. It was the wish and the consensus to continue with the exception of Israel.

The former founder and first president of the World Anti-Doping Agency is very pleased that the German government has finally offered its apologies and regrets to the Israeli families, while paying them financial compensation of 28 million euros.

“It's a shame that the apology came 50 years later,” he said. It was far too long. At least everyone seems satisfied. »

Security was a concept that did not exist at the time.

« We left the athletes alone and the only concern was to ensure that the men did not enter the women's section, says the dean of the IOC who is no longer a voting member. Security was non-existent in Munich. It was easy to enter the village and no one could have imagined such attacks. »

Nicknamed “Games of Joy”, the Munich Games were to make people forget those of 1936 in Berlin, which had taken place under Hitler's Nazi regime. We wanted to offer the greatest possible freedom to the athletes.

As of the following Summer Games, in Montreal, there was a radical change.

“C' day and night, says Pound, who held the position of Secretary of the Canadian Olympic Committee (COC) in 1976. The Sûreté du Québec had done an excellent job and the model set up in Montreal had been followed in other countries. .

“The most important thing is to anticipate incidents and be prepared, to prosecute Pound. The IOC does not have an army or police and it must develop a great deal of trust with the host country. This is why the Safety Commission follows up very closely. These are sad events that took place in Munich in 1972, but it was a wake-up call. Due to the state of the world, one must always be aware of the risk of attacks. »