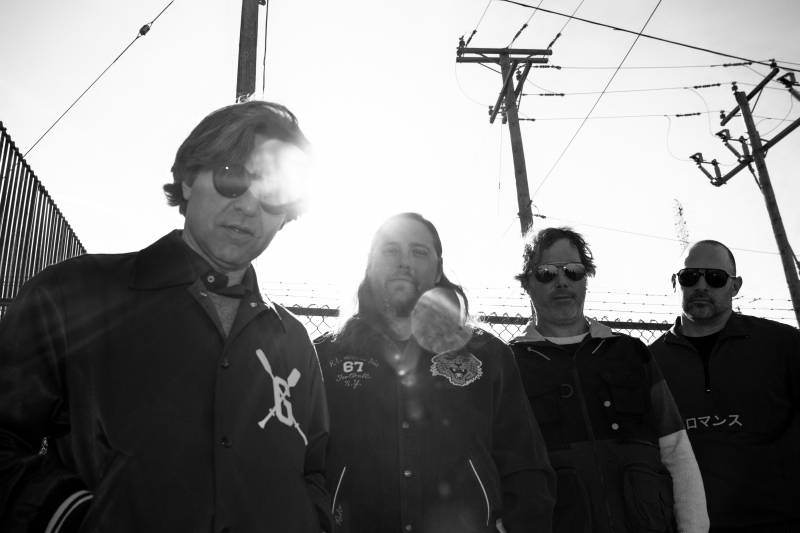 Internet, swimsuit, shepherd's pie, above-ground pool, Ouija board. As usual, there is no shortage of varied subjects, crazy or serious, on the new Trois Accords album, Presence of mind, their seventh career. For musicians who have known each other for nearly 30 years, the pleasure of making music is still just as present. Le Journal has interviewed with them.

Has the inspiration for the songs been harder to come by because of the pandemic?

Charles Dubreuil: “No because we have mostly made the album last spring and summer. We weren't sequestered [en confinement] trying to send songs to each other from a distance!  »

Simon Proulx:“The album was not made during the pandemic. This is not a pandemic album. The Lots of Fun tour was cut in the middle and we didn't know when it was going to resume. At first, the shows were postponed for two months. After that, it was another two months. We were a little on hold. After a while, around the middle of 2021, we thought we were going to do another album.  »

If we look at the song Internet, we can make a link with the web which has been very popular with the confinements of the last few years, right?

< p>Simon: “It was not a song that was intended to be current. I found it rather funny to explain what is the Internet 25 years later, as if it were the big deal! [laughs] But I admit that taken in the context [of the pandemic]… It was not intentional. »

The group has been around for 25 years. Is the fun still there today?

Alexandre Parr“Yes, especially with the break we had. I've never felt like playing music so much in my life! Every day we were in the studio, I got up in the morning and was really excited and happy. »

Charles: « We have been friends at the base since the beginning of high school. It wasn't an ad in the newspaper that brought us together. We were already friends. We are also surrounded by competent and kind people. The overall experience is positive. […] It’s really fun to be in Les Trois Accords. It is not a project that is difficult to manage. »

The band has a lot of career success. Are there times in the studio when you know you have a hit?

Charles: “I remember the songs In my body, I love your grandmother, Corinne, Open your eyes Simon, Dolphins and unicorns. Before that, of course Hawaïenne and Saskatchewan were songs that we thought were strong. On the new album, there are two or three songs that really stand out. For example, the song Chinese pies, I knew she would be important to many people. Because it is important to us. Internet is also a song that has something special. From the first version, I was sold. »

Why the new piece Shepherd's pie < strong>is she important to you?

Charles“Everyone has experienced bereavement. It's a song that quickly connects people to their own reality. For us, in a public way, we do not talk about it. But we all know our personal stories. We know Simon's stories and he knows our stories. We know where this song comes from in a primary way. It touches us enormously and we realize, when we listen to it to those around us, that it touches them as much. »

We know the festive and absurd side of Les Trois Accords. But the group also has a serious and touching side. Is it important to have this balance?

Simon: “Yes, it is. The universe of Les Trois Accords is enriched with this. Sometimes, we go into the emotional, and other times, into the absurd. I find that one is more effective in the presence of the other. If we just did emotive tunes like Shepherd's Pie, I think it might be less effective. »

You were supposed to go on tour in Europe with Les Cowboys Fringants last February, but it didn't work out due to the pandemic. How did you react when you learned of singer Karl Tremblay's cancer?

Charles: “They have been friends for 20 years. There is a personal part that belongs to us. As confreres and collaborators, we tried to help them this summer by putting them back on a few events. We are lucky because we have audiences that are very similar. People also understood the circumstances. We hope Karl recovers quickly. But I saw that they are still doing shows and that Jean-Karl's “brush project” is still taking place. If he's able to taunt Jean-Karl, I imagine he must be not so bad lately! »

√ The new Trois Accords album , Presence of Mind, will be released on Friday. The group will do a launch show on October 27 at Studio TD in Montreal. For all tour dates: lestroisaccords.com.