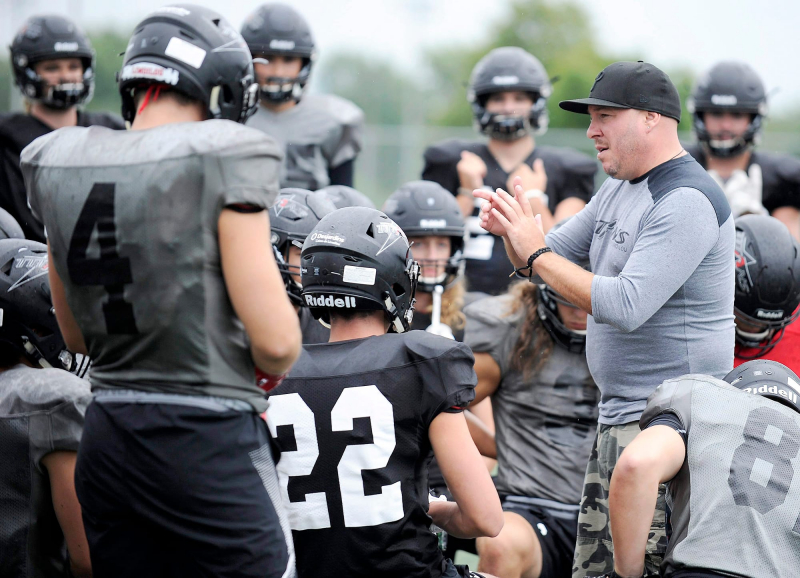 Without too many surprises, the Limoilou Titans will try again to win the Bol d'Or for the second year in a row.

Regular season champions, the The Titans defeated the Élans de Garneau by a score of 41 to 12 on Saturday in the semi-finals of the Division 1 college circuit. Dave Parent's proteges got off to a great start, building a 30-7 lead after a half, notably on a touchdown with less than ten seconds left.

Defeated in the final by the mark of 37 to 25 last year, against the Vanier Cheetahs, the Titans will take part in the second Bol d'Or in their history in Division 1.

“Since January, it's been our goal to return to the Bol d'Or,” said Parent. The watchword was to make it to the final for a chance to win. Losing to Lennoxville when we were undefeated was a good thing. A lot of pressure fell. »

Faced with the Elks, who had caused an upset by eliminating the Spartans of Old Montreal in the quarterfinals, last Saturday, in the metropolis, the game plan for the Titans was clear.

“Our plan was to stop their ground attack in order to get Garneau out of his comfort zone,” Parent said. We gave up ten rushing yards and 135 passing yards. It was an effort by the entire defensive unit.

Parent had good words for his brother Tommy, who is the offensive coordinator.”Tommy had a solid game plan and he called quite a game,” he said. Our rushing offense amassed 299 yards and we added 185 through the pass. We took advantage of our bye week to fine-tune our things and the guys responded well.

Raphael St-Pierre had 138 yards and two hit in 17 runs. As for quarterback Jeremy Ouellet, he ended his day with gains of 185 passing yards and 75 rushing yards.

Played in the evening at Coulter Field, the other semi-final pitted the Champlain College Cougars against the CNDF, who had won their last five games.

“  we will have our hands full. It will not be an easy task in either case. »

The Beauce-Appalaches Condors are also back at the Bol d’Or in Division 3. Authors of a perfect record in the regular season, the Beaucerons defeated the Victoriaville Vulkins 46 to 7. In their quest for a second title in a row, the Condors will cross swords with the Gaillards de Jonquière, who defeated Ahuntsic by a score of 35 to 16.

In Division 2, we will be entitled to a duel between the Sherbrooke Volunteers, who defeated John Abbott's Islanders by a score of 17 to 10, and the Nomades de Montmorency, who had the best by 31 to 28 against the Noir et Or de Valleyfield.