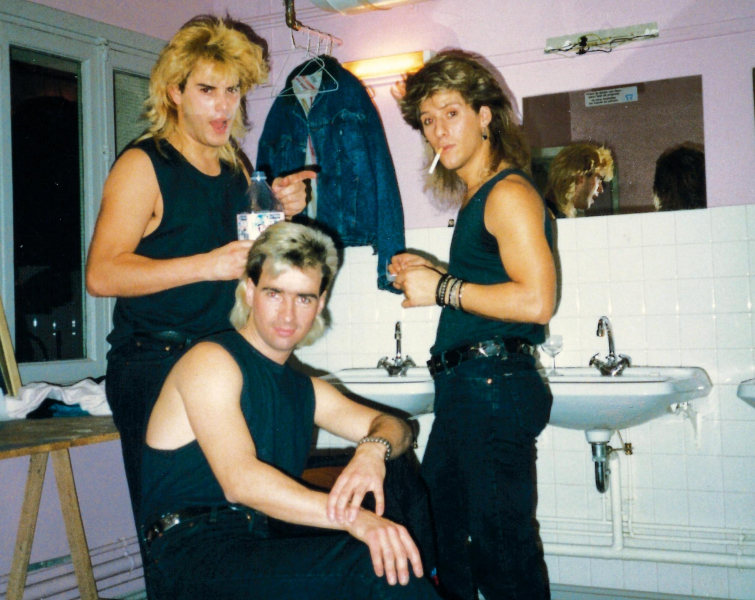 “We have experienced extraordinary things. The only living member of the BBs, Alain Lapointe collaborated closely on the new fictionalized biography of his former group, The crazy adventure of the BBs. In an interview with Le Journal, the 63-year-old keyboardist looks back on some sad or happy moments that punctuated the incredible career of the famous trio.< /strong>

At the beginning of their career, the manager of the BB, Michel Gendron, absolutely wanted the three musicians to maintain the dream with their young admirers. For years, Patrick Bourgeois, François Jean and Alain Lapointe had to lie about their age, hide that they were in a relationship and not talk about their drug use. “I found it hard,” said Alain. I was under 30 for six or seven years! »

The BBs have been to France fifteen times.

Already extremely popular in Quebec, the BBs attempted a breakthrough in France in the early 1990s. While they were enjoying success on provincial radio stations, the NRJ network refused to let them play on its airwaves. The trio will go there all the same about fifteen times and will sell 100,000 singles of the piece Give me my chance. “We did big shows there, including Drucker five times,” says Alain.

3. The beginning of the end at the Forum

In 1995, when the musicians had just launched a more mature third album, their manager decided to schedule a show at the Théâtre du Forum at the very beginning of the tour, when the concert was not running. The decision proved near fatal for the band. “It was from that moment that the BBs started to come down the hill,” says Alain. The very poor reviews of this evening meant that the group only made a tour of 15 dates. The following year, Patrick announced to his companions that he wanted to continue the adventure on his own.

Here in 2015, a few months before the irreconcilable dispute between François and Patrick.

In 2015, shortly before returning to the Francos stage, François Jean argued with Patrick Bourgeois, because he believed that the singer's company owed him $30,000. The drummer has decided not to participate in the big show at Place des Festivals. “He thought he was irreplaceable, but Patrick went to get one of the best drummers to do the show,” says Alain. Two years later, when Patrick Bourgeois did not have much longer to live, François tried to see him to repair the broken pots. “Patrick never wanted to,” says Alain. He hadn't forgiven her. It was a shock for François. They never reconciled. »

5. The curse of the last five years

Alain Lapointe, photographed in his home in Repentigny, is now enjoying a peaceful retirement.

From 2017 to 2021, the members of BB met a tragic fate. Three years after the death of Patrick Bourgeois, it was the turn of François Jean to give up the ghost, in 2020. And the year after, Alain Lapointe lost an eye in a stupid accident. Can we talk about a curse? “It's really been five difficult years,” admits the keyboardist. After this accident, Alain Lapointe became completely permanently disabled. “It was forced, my retirement, but I'm zen with it today. I enjoy life. »

► The book The Crazy Adventure of BBs,< /strong> written by Nathalie Roy, will be available on Wednesday.