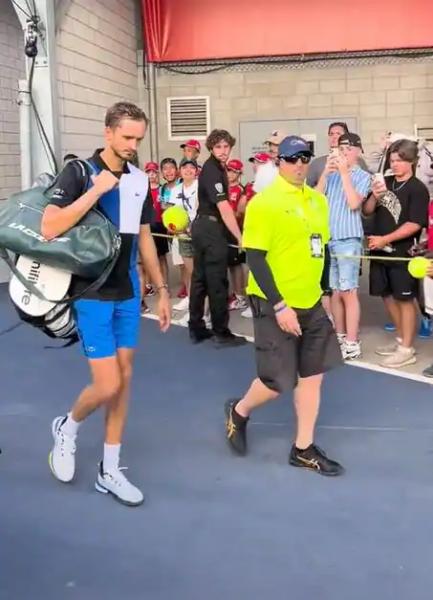 Men's tennis world number one Daniil Medvedev was knocked out in the second round of the National Bank Open in Montreal, and some weren't kind to the athlete as he exited the court .

In a TikTok video posted by user @goldenjacksparrow, at least one person can be heard calling Medvedev a “loser”.

The user accompanies his excerpt with the following statement: “when you talk about losing the world number 1”.

The player immediately wanted to reply to the man, so he undertook the dialogue.

The one-minute excerpt does not allow hearing much of the exchange between the two men.

However, another viewer claims that the man “should apologize” to Daniil Medvedev.

In the comments to the post, many were outraged at the treatment of the Russian athlete.

“People no longer have any respect for anyone,” said one internet user.

“We need to hear better what he [Medvedev] said to him,” said another.