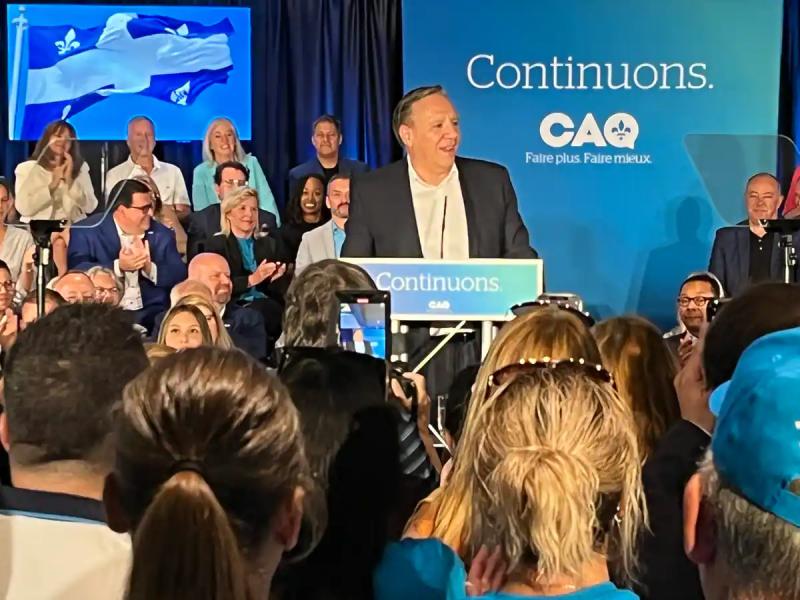 Our Investigation Office specializes in the art of establishing the facts. Throughout the election campaign, our researchers present their findings to flush out the candidates' surprising, dubious or downright false statements and allow you to see more clearly.

The Coalition Avenir Québec (CAQ) held a mid-campaign rally on Sunday in Drummondville with candidates and party activists.

Delivering a speech, among other things, on the subject of electricity, climate change and the green economy, Premier François Legault affirmed: “The truth there, and we must tell Quebeckers, the only party that has a comprehensive plan to eliminate GHG [greenhouse gases], to fight climate change, well that's the CAQ.”

If François Legault wants to tell the truth to Quebecers, he should review his words. The CAQ is not the only political party to want to eliminate GHGs and fight against climate change. Indeed, three other parties represented in the National Assembly have also presented environmental plans in recent weeks.

The Parti Québécois (PQ) proposes to reduce GHG emissions by 45% by 2030, offer more public transit service throughout Quebec and would gradually impose a certain sales quota on car manufacturers for electric vehicles.

A few weeks ago, Québec solidaire presented Vision 2030, a climate plan that aims, among other things, to reduce GHGs by 55%, to bring forward the ban on the sale of gasoline-powered vehicles to 2030, to reduce by 50% the cost of public transport tickets and to prohibit hydrocarbon transport projects, oil pipelines or gas pipelines, on the territory of Quebec.

On September 12, the Quebec Liberal Party (PLQ) officially presented Project ECO, a $100 billion promise that combines ecology and the economy with projects, in particular, on green hydrogen.

In addition, the Green Party of Quebec (PVQ) and Climat Quebec have chosen to make climate change their priority.

For its part, the CAQ aims for zero GHG emissions by 2050, construction of new hydroelectric dams and wants to set up a $650 million fund to protect Quebec's bodies of water. Recall that a study released last week explained that dams represent 6% of methane emissions produced by human activities in the world. These dams also pollute the planet for more than 20 years after they were built.