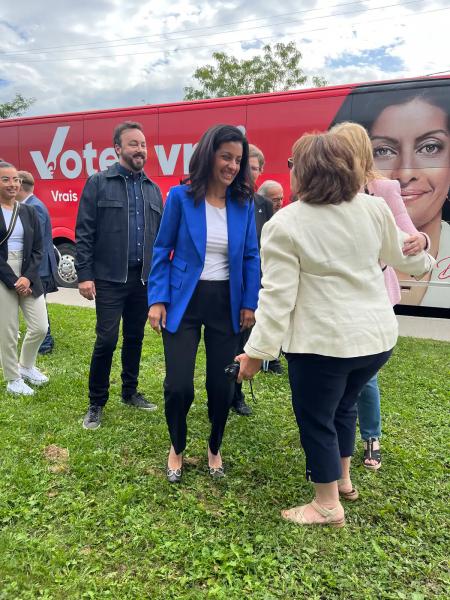 The leader of the Quebec Liberal Party (PLQ) Dominique Anglade was in Boucherville on Tuesday morning. Asked about carbon neutrality and the labor shortage, Ms. Anglade said: “I want to emphasize the following thing. We are the only party, the only political party to talk about the issue of the labor shortage, which is the biggest brake on economic development.”

The Liberal leader is wrong. The PLQ is not the only political party to talk about the labor shortage. On the contrary, all the parties represented in the National Assembly have made room, in one way or another, for this issue.

A few days ago, the Parti Québécois announced that it wanted to convince people aged 60 and over to return to the labor market in order to counter the labor shortage. The latter would then benefit from tax incentives.

Québec solidaire (QS) relies on immigration to fight against the shortage of labor in the regions. The QS platform says the party wants to set up a Labor Retraining Fund to enable workers in polluting industries to find jobs in green industries.

For its part, the Conservative Party of Quebec (PCQ) wants to keep seniors in the labor market with a tax credit. Part of the solution to this issue would also come from immigration and cuts to the public service.

Faced with this problem, the Coalition Avenir Québec (CAQ) wants to train 30,000 additional workers in important sectors of the economy, a measure of $348 million. In addition, the CAQ would make the contribution to the Régie des rentes du Québec (RRQ) optional for workers aged 65 and over.

For its part, the Liberal Party of Quebec (PLQ) proposes to put QPP contributions end at age 62. Those 65 and over could also see their basic tax exemption increase from $15,000 to $30,000. The leader of the PLQ also believes that immigration can be used to fight the labor shortage.

Did you spot a false or dubious statement during the election campaign? Write to us at heurejuste@quebecormedia.com, and we will check the facts.