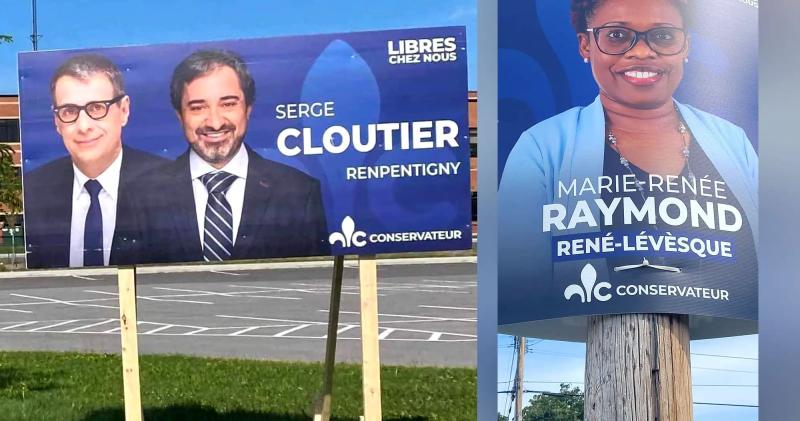 The electoral campaign was officially launched on Sunday. Since then, candidates from different parties can put up their election signs anywhere in the province.

On certain signs of the Conservative Party of Quebec showing the leader Éric Duhaime and the candidate Serge Cloutier in Lanaudière, we can read that this one is running in Renpentigny. In the Côte-Nord region, we learn that candidate Marie-Renée Raymond is trying to get elected in the riding of René-Lévèsque.

The Conservative Party of Quebec should take the time to re-read the names of the provincial ridings. Indeed, the PCQ should have written Repentigny and René-Lévesque instead. Misprints were also present on the party's website, but have since been corrected.