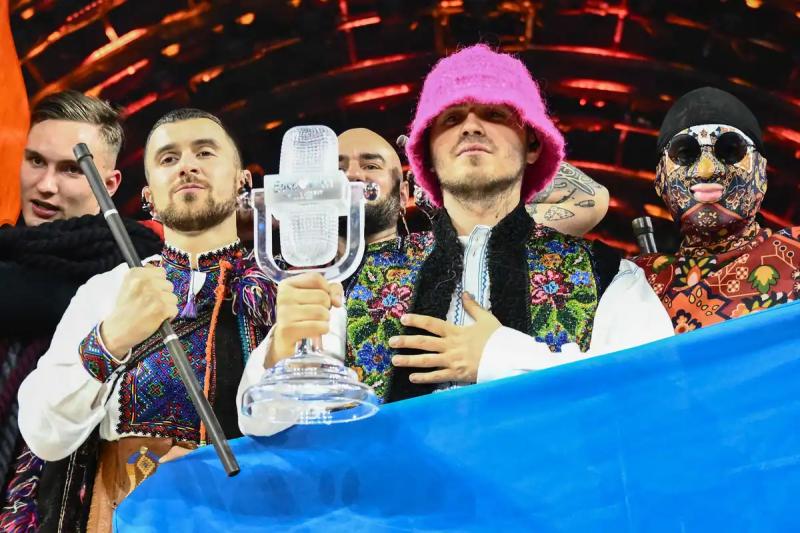 After five months of Russian invasion, Ukraine has resolved to forgo the next Eurovision Song Contest: the organization of the 2023 edition of the extravagant song contest returns to the United Kingdom United, which came second and at the forefront of support for Kyiv.

After its very symbolic first place in Turin in May, Ukraine had strongly contested the decision of the organizer of the event, followed by tens of millions of viewers, to withdraw the 67th Eurovision for security reasons.

But an agreement was announced on Monday by the European Broadcasting Union (EBU) and the UK government for the BBC to host the contest, in a version that will feature Ukraine.

“ I am sorry that due to the bloodbath still caused by Russia, it was not possible to host the event in Ukraine, where it should take place”, insisted the British Minister for Culture Nadine Dorries , ensuring that Eurovision returned to his country at the request of Kyiv.

In June, the EBU considered that the security conditions were not met for Ukraine to organize the competition and launched negotiations with the United Kingdom, which came second in Turin in May.

Kyiv had demanded additional negotiations and London had expressed its reluctance to deprive Ukraine of the pop and glitter event.

Prime Minister Boris Johnson said on Twitter that he discussed Eurovision last week with President Volodymyr Zelensky: “We agreed that Eurovision 2023, wherever it takes place, should celebrate the country and the people of Ukraine. As host country, the UK will directly honor this promise and organize a fantastic competition on behalf of our Ukrainian friends.”

London has been at the forefront of support for Kyiv since the beginning of the Russian invasion, harshly sanctioning Moscow and early supplying lethal weapons to the Ukrainian army while Boris Johnson has remained in close contact with President Volodymyr Zelensky, whom he has visited twice since the start of the new Russian offensive in February.

The two candidates for his succession, Liz Truss and Rishi Sunak, have assured that they want to continue on this path.

“In the name of Ukraine”

Ukrainian Culture Minister Oleksandr Tkatchenko said he “received the assurance” that Eurovision would be organized “In the name of Ukraine” with the involvement of the Ukrainian broadcaster and its presenters.

The EBU has indicated that Ukraine will automatically qualify for the final next year.

“The Eurovision 2023 contest will not be in Ukraine but will be in support of Ukraine,” said the director of the Ukrainian broadcaster Mykola Chernotytsky, quoted in a press release. “Together I am sure we can add Ukrainian spirit to the event and once again unite all of Europe around our values ​​of peace, support, celebration of diversity and talent.”< /p>

A favorite, the Kalush Orchestra won the final of the competition in May with the song Stefaniamixing hip-hop and traditional music, a victory symbolizing Ukrainian resilience in the war and European popular solidarity.

Briton Sam Ryder and his title Space Man had obtained the second place, an unexpected result for the British accustomed to the back of the table in recent years, with even zero points in 2021.

The United Kingdom has not hosted Eurovision since 1998, then in Birmingham, in central England.

The BBC, which has been broadcasting Eurovision since 1956, will start this week the selection process for the host city of the competition, which will give a large part to ” culture and heritage of Ukraine”, according to the British public audiovisual group.

Several cities have already applied, such as Manchester, in the north of England, but also London, which ” would be honored to organize a competition that celebrates the people of Ukraine and the best of the United Kingdom,” assured its mayor Sadiq Khan.